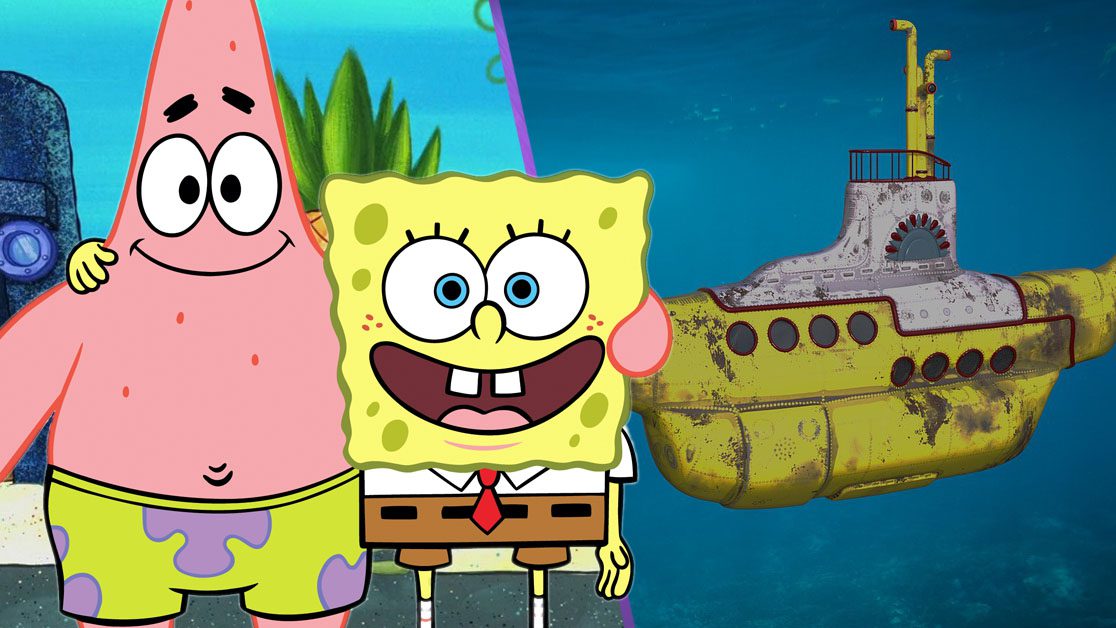 A submarine has caught a humorous glimpse of real life SpongeBob SquarePants and Patrick Star in a recent video captured and uploaded online.

As reported by NPR, scientist Christopher Mah was watching the live feed captured by a submersible launched from the NOAA ship Okeanos Explorer that caught the sight. He humorously posted an screengrab to Twitter with the caption: “I normally avoid these refs..but WOW. REAL LIFE Sponge bob and Patrick!”

THE MORE YOU KNOW

Mah then follows up with the scientific names for the two underwater phenomena: Hertwigia (sponge) and Chondraster (starfish).

The tweet quickly went viral, amassing nearly 14,000 likes and 5,000 retweets. One user even did a mockup image adding in faces and legs to help identify the iconic cartoon duo.

Unlike the television show SpongeBob SquarePants, where the two are depicted as the best of friends, it turns out that sponges and starfish are not so friendly in reality.

“In all likelihood, the reason that starfish is right next to that sponge is because that sponge is just about to be devoured, at least in part,” Mah told NPR back in 2021. “The reality is a little crueler than perhaps a cartoon would suggest.“

Back in 2018, SpongeBob fans petitioned to have the song Sweet Victory played at the Superbowl to honour creator Stephen Hillenberg who passed away earlier that year. The song itself wasn’t performed there, however it was included as a tribute during a Maroon 5 performance.

If you have anything further to add regarding sponges or scientific anomalies, be sure to get in touch with us via our social media channels.