Ubisoft released a brand new gameplay video for their RPG South Park: The Stick of Truth. We see Sir Douchebag, Kenny, Butters and Cartman enter the Inn of Giggling Donkey. From there they begin to fight their way through eves as they try to find the bard who knows the location of the titular Stick of Truth. We get to see the combat system in action as well as South Park’s signature irreverent style on display.

The game was originally published by THQ, but switched hands when they declared bankruptcy in 2012. Originally South Park: The Stick of Truth was suppose to come to December of this year, but Ubisoft has pushed the release date back to March 4th, 2014 and will be coming out for the PlayStation 3. 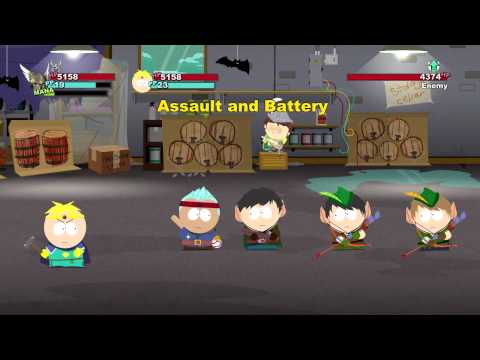