Sherlock Holmes Crimes and Punishment has a brand new trailer courtesy of Frogwares Studio. The latest trailer is titled Art of Subversion and it will show how gamers can disguise Sherlock Holmes while he flees from the police and enemies.

Facing incompetence from the police – namely, Lestrade – Holmes needs to get… creative, when chasing lines of inquiry in Crimes & Punishments, coming 1st October for PS4 and PS3. In this gameplay trailer, watch as Holmes earns the trust of a suspect by transforming himself, and his accent, into a sailor, to gain access to the information he desires.

At Baker Street, in Holmes’ bedroom, a wardrobe holds the key to Holmes’ disguises, as well as a dressing table housing wigs, hats, glasses, different hair styles and beards. Where the police draw a blank, it’s up to you to take advantage of Holmes’ transformative skills, to subvert the police and perpetrators.

Sherlock Holmes Crimes and Punishment is releasing on PlayStation 4, PlayStation 3, Xbox One, Xbox 360 and PC on October 1, 2014. 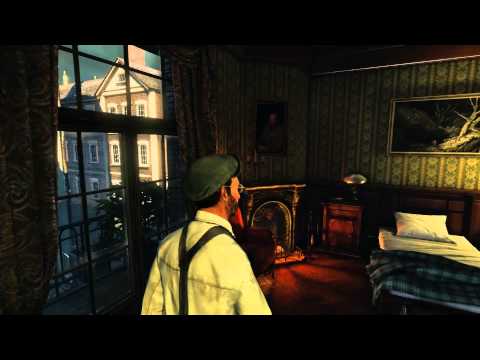