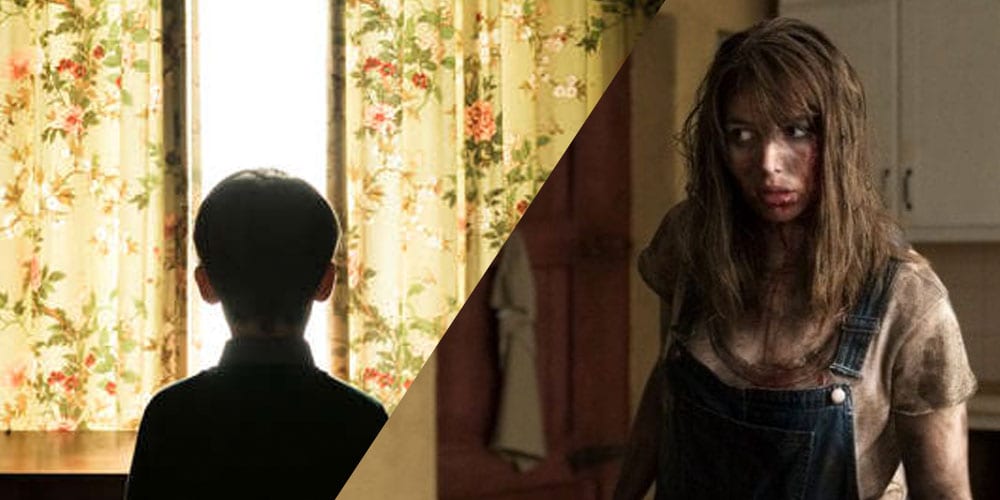 This time last year Hereditary was first shown to an audience of terrified critics at Sundance Film Festival, the movie went on to be one of the year’s best horror flicks.

Fast-forward one year and the festival just played host to The Hole in the Ground – another horror movie that is being lauded with that same early hype.

The film marks the directorial debut for Lee Cronin and you can watch the trailer now, just to get a taste of the movie that’s been scaring the sh*t out of Sundance.

The Hole in the Ground is a well done thriller directed by Lee Cronin. His & Stephen Shield’s script draws a deep sense of dread for a mom/son & it also works as a strong character study.

It’s worth seeing & has a bit in common with a certain recent film I love – won’t spoil it.

THE HOLE IN THE GROUND is not to be missed. Masterful direction, stunning visuals, and tremendous acting (not to mention the disturbing score) brings this film to the forefront of the horror/thriller genre. Well done @sundancefest @A24 #sundance #theholeintheground

#TheHoleInTheGround takes a while to get going, but once it unveils its plans it becomes a crazy ride through hell. Great use of location, and a fantastic twist! I liked the exploration of the fear you won’t recognize your children as they grow up. #Sundance

“Chris disappears in the night into the forest behind their house,” the synopsis reads, “and Sarah discovers an ominous, gaping sinkhole while searching for him. Though he returns, some disturbing behavioural changes emerge, and Sarah begins to worry that the boy who came back is not her son.”

The Hole in the Ground stars Seána Kerslake and James Quinn Markey as Sarah and Chris, respectively. The film is set to hit DIRECTV at the end of the month, followed by a theatrical run beginning March 1.