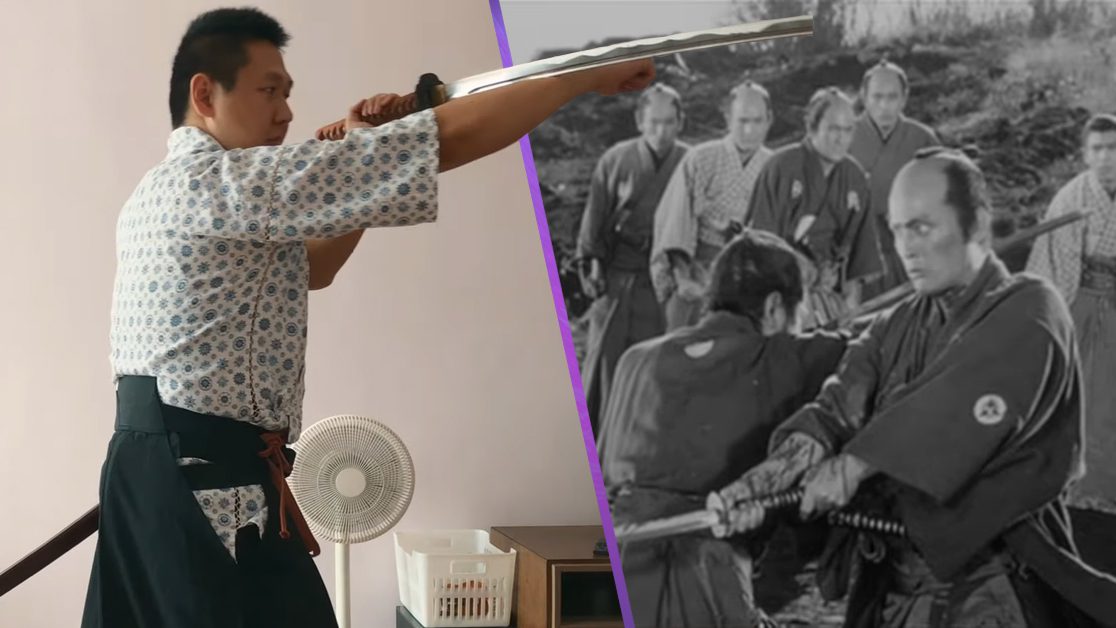 A YouTuber has released a video breaking down and recreating the legendary duel that appeared at the end of Akira Kurosawa’s Sanjuro.

It’s been a few months since YouTuber ‘Namazu Ryu’s Shugyo’ released the video that analyses Toshiro Mifune’s movements in the closing moments of Sanjuro. But it’s honestly so impressive that it deserves another shoutout.

Spoilers for a 60-year old movie: at the very end of Akira Kurosawa’s Sanjuro, Toshiro Mifune’s titular character is challenged to a duel by the villainous Hanbei, who refuses to be dissuaded from the duel.

What follows is an uninterrupted 28-second silence, in which the two men quietly stare each other down before quickly drawing swords. It’s a real “blink and you’ll miss it” resolution.

The thing that makes the scene impressive is the amount of blood effects that appear after Mifune lands the killing blow. The expressions on the other characters’ faces were genuine from the actors!

HOW WAS THIS ACHIEVED?

Due to the utterly impressive speed of Mifune’s draw, it begs the question of just how this was done. There doesn’t appear to be any records from Mifune or Kurosawa as to how this was achieved.

He slows down the footage and takes it step-by-step to prove just how skilled Mifune was at drawing a blade, despite not being a trained swordsman!

Altogether it’s a very impressive video, and just goes to show how much care and commitment was put into the stunts on these old movies. Kurosawa and Mifune were both masters of their craft and it’s excellent to see they’re still being regarded for that.