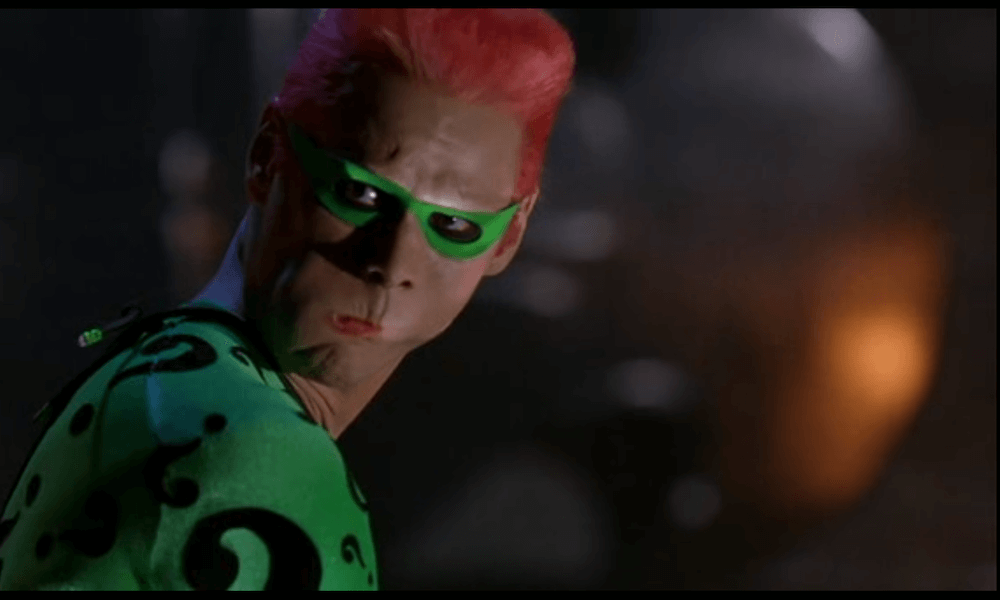 Batman already has to deal with Doomsday, Superman, Wonder Woman, and Lex Luthor in Dawn of Justice, which hits theaters next week. He almost had to deal with The Riddler and the Joker too, according to director Zack Snyder. He revealed to Collider that at one point he planned to have the two famed villains in the upcoming blockbuster.

“[Screenwriter] Chris Terrio and I talked about it a lot and felt that their mythological presence is felt in the movie and that’s cool,” Snyder said, “but I didn’t want to get my eye too far off the ball because I needed to spend the time, frankly, with Batman and Superman to understand the conflict.”

The Joker is already a mainstay in Batman cinema; Jared Leto will portray the sadistic clown in this summer’s Suicide Squad. However, the Riddler hasn’t made it to the silver screen since Jim Carrey put on the green costume in 1995’s Batman Forever (see above). There still could be room for the Riddler if Warner Bros. continues with its planned slate of DC movies.