Are you looking to Pik-a new wireless controller to play all the latest Nintendo Switch games?

Since its release in 2017, the Nintendo Switch’s Pro Controller has remained a staple of many gamers’ docked setups. Its comfortable grip, good battery life and HD rumble have kept this controller in the spotlight. PowerA’s new Pokemon-themed range of Enhanced Wireless Controllers are a fairly budget-friendly option if the official Pro Controller is a little too much for you.

Now, I’ll admit it. I’m a huge fan of handheld gaming – I always have been. Some of my earliest gaming memories come from hiding under my duvets past my bedtime, with the tinny chimes of Snowpoint City leaking through my cheap earphones and the snowy glow of my DS screen giving me away. I remember begging my mum for one of those flimsy clip-on lights, struggling to see the dull screen of my GameBoy Advance lit only by the golden light of streetlamps seeping through the car windows. I very rarely played my Switch docked – I even invested in a Switch OLED of my very own after writing my comparison review of Nintendo Switch consoles.

So when PowerA offered to send me a controller to check out, I wanted to know. Could a decent controller convert this avid handheld gamer into a big screen fan? Over the past two weeks, I’ve gone hands-on with the Pikachu White Check PowerA Enhanced Wireless Controller to find out. The first thing I immediately noticed when unboxing this controller was just how striking the design was; especially when paired with white Joy-Cons. PowerA controllers are known for their striking, tie-in designs that set them apart from simpler competitors. The designs might not be to everyone’s taste, but give me bold geeky patterns over basic colours any day. I was slightly worried that the design would start to degrade after use, but I’m two weeks in and the decals show no signs of wear so far.

I picked it up and was surprised at how light it felt. But it didn’t feel cheap – coming in at 159g, the PowerA Enhanced Wireless Controller handles very similar to an Xbox controller, which is a breath of fresh air for someone who has had to deal with JoyCons for the last 5 years. The lack of weight is primarily from the lack of a rumble motor, which I’ll talk more about later on.

The build quality felt solid and the buttons had great tactile feedback, if a little hollow. The layout, however, took a little bit of getting used to. I still have to curl and contort my fingers to reach the d-pad. One thing I did like, however, was the ability to map the extra buttons on the back to act like any of the main buttons. Whilst you may not be able to swap the primary button mappings on the PowerA Enhanced Wireless Controller, these comfortable extra buttons are easy to set up and feel premium. It would’ve been nice to have multiple button profiles for different games, but the process is so simple it didn’t take me long to switch between the options.

GETTING MY HEAD IN THE GAME One of my biggest concerns when trying out this wireless controller was the input lag. I’m a semi-competitive Pokemon Unite and Smash Bros Ultimate player, so I know how frame-perfect inputs have to be at times. To my surprise, the on-screen reactions weren’t that far off from a standard JoyCon – perhaps a frame or two. I tested this by syncing up footage I filmed and counting, frame by frame, the discrepancies from the full depression of the button on each controller as I booted up a game. My own independent findings are supported by research done by our friends over at TechRadar, who tested a similar thing to myself.

Of course, there’s slight room for human error here, but let’s not cross the road to miss the point. If you’re worried about latency and input lag, it’s minimal. Most importantly, when playing high-speed games at a high level, I certainly didn’t notice a huge difference.

WHAT ELSE DO YOU NEED TO KNOW? 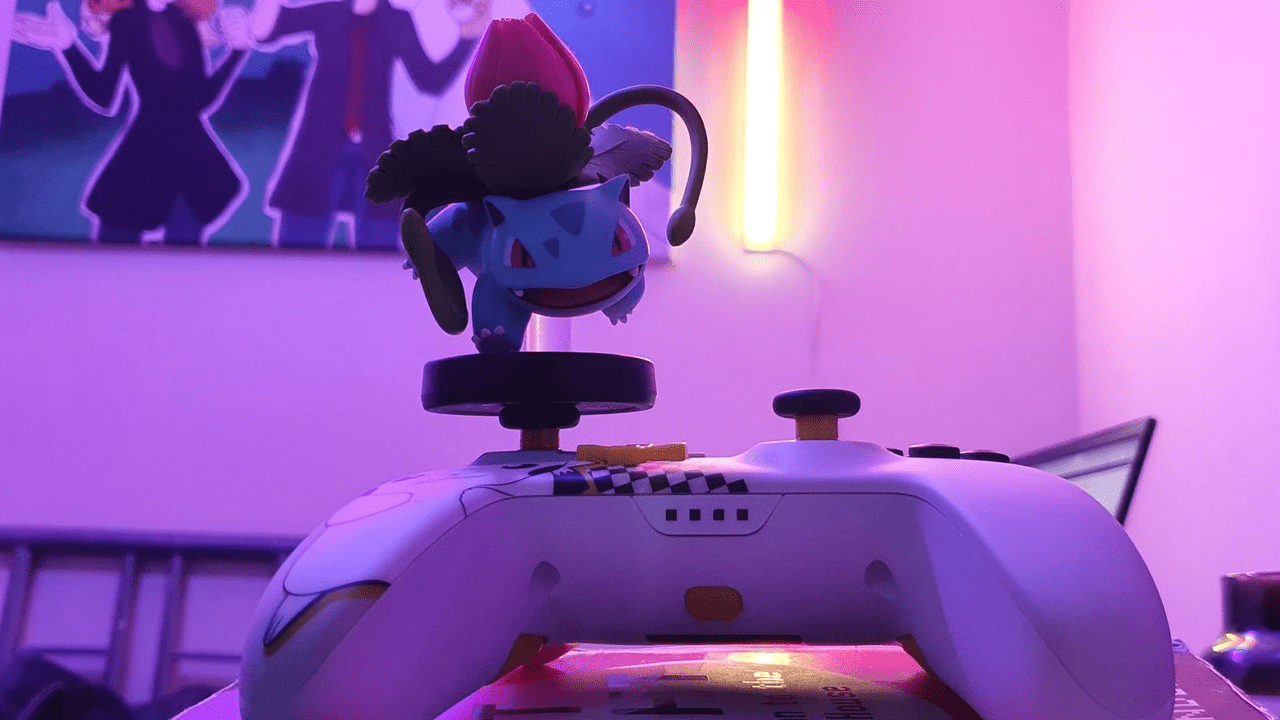 The biggest thing to be aware of if you’re in the market for a new controller is that the PowerA Enhanced Wireless Controller doesn’t have Amiibo support or a rumble motor (see, told you I’d come round to it eventually). If you’re looking to play games that rely on a rumble feature, such as 1-2 Switch, then I would highly recommend staying with the HD rumble of the JoyCons. The lack of an NFC chip is disappointing, but you can always use the JoyCons for that feature if possible. With HD rumble being a USP of the Nintendo Switch at launch, it certainly seems amiss to lose this refined feature.

As a consumer, I’d read that PowerA controllers run on batteries. That always turned me away from making the purchase myself. However, their new lineup of wireless Nintendo Switch controllers includes a rechargeable battery that, they claim, delivers up to 30 hours of game time on a full charge. The phrase ‘up to’ is doing some legwork there – I only averaged around 12 hours before needing to recharge, but hey. It’s still more than enough!

IS THE POWERA WIRELESS CONTROLLER WORTH YOUR TIME? 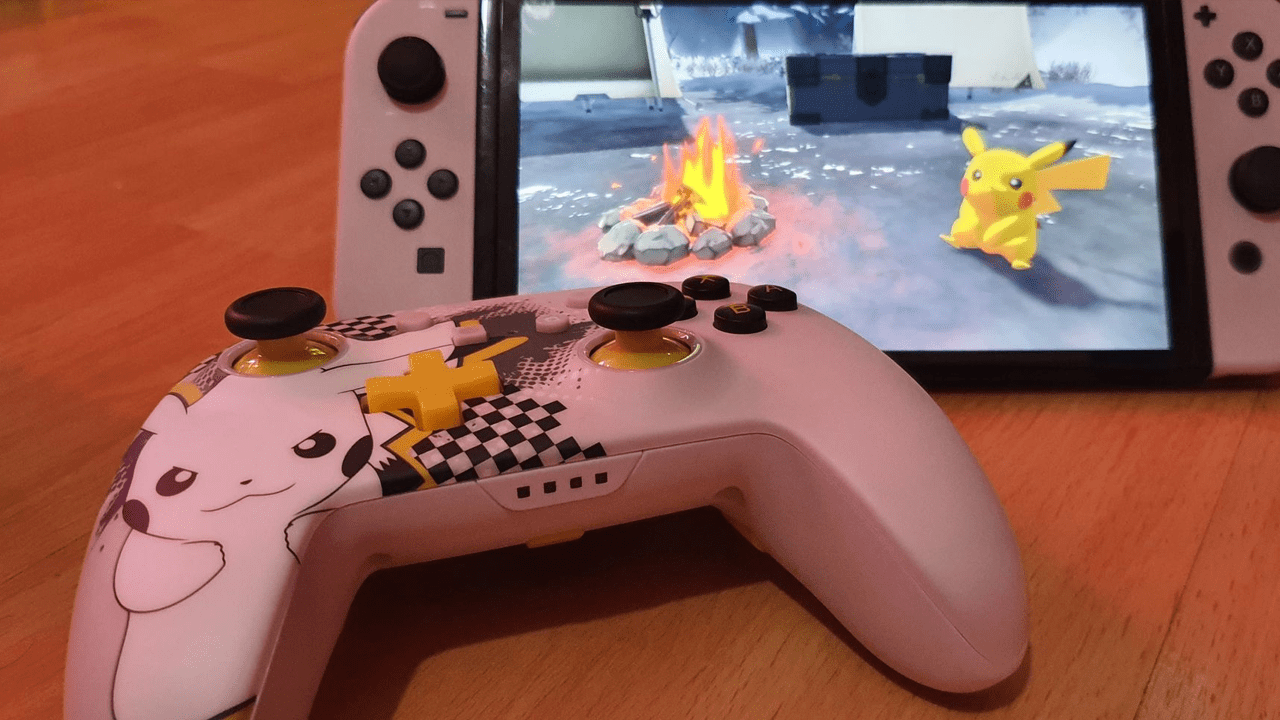 More importantly, did it convert me into a big screen gamer? Well, yes and no. There’s a certain charm to handheld gaming. I don’t think I’ll ever be swayed from it, but that’s besides the point. For casual Nintendo Switch gamers, this controller is shockingly good. The lack of a HD rumble and Amiibo functionality is a miss. But actually, I didn’t find myself missing it all that much. More than that, the dedication to remappable interfaces and design aesthetic is admirable.

In conclusion, PowerA have produced a really nice, budget-friendly controller that’s perfect for casual gamers looking to add a little bit of personality to their Switch gaming. For those nights where my bed looks just too cozy, I’ll definitely be using it to play docked.

Plus, reviewing this hardware made me realised just how much Pikachu merch I have in my flat. I’m coming round to the yellow rat. And he’s definitely not holding me hostage… 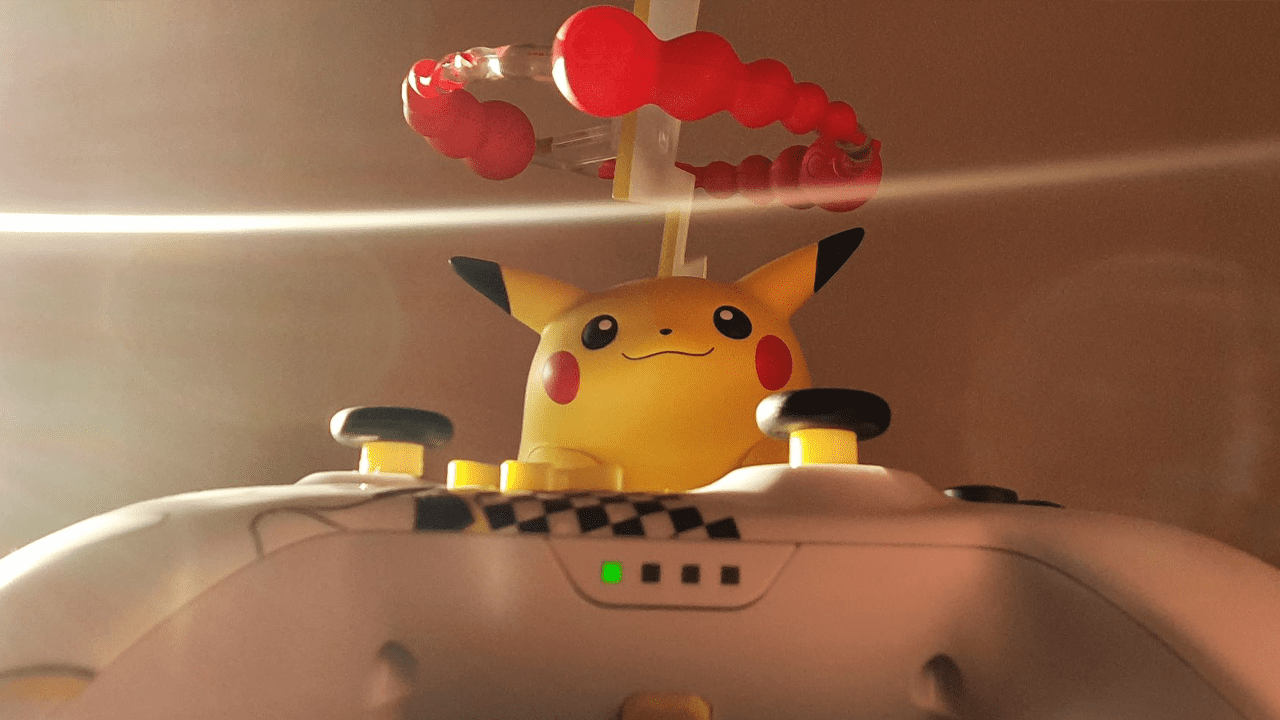 A review unit of the PowerA Enhanced Wireless Controller was provided to FragHero for review purposes.