Retro City Rampage DX is coming to the PS4, PS3, and PS Vita November 11. Cross buy and cross save will be available as well. Retro City Rampage first came out in 2012 but has since gone through updates. According to Brian Provinciano, who develop the game, stated that there are some changes that players can expect: “updates made vehicles faster, added more checkpoints, tutorials, hints screens, and tweaked missions. Those changes made great improvements, but still just scratched the surface. DX is a top-to-bottom remastering of just about everything.”

Provinciano also stated that there will be another big surprise for this game later on this month and that it will be announced soon. Retro City Rampage DX will also come with the original version without the added content and it is priced at $9.99 ($7.99 with PS Plus). 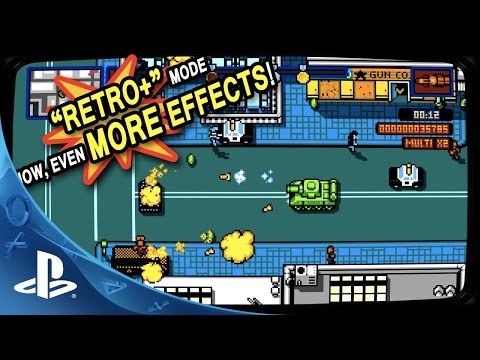