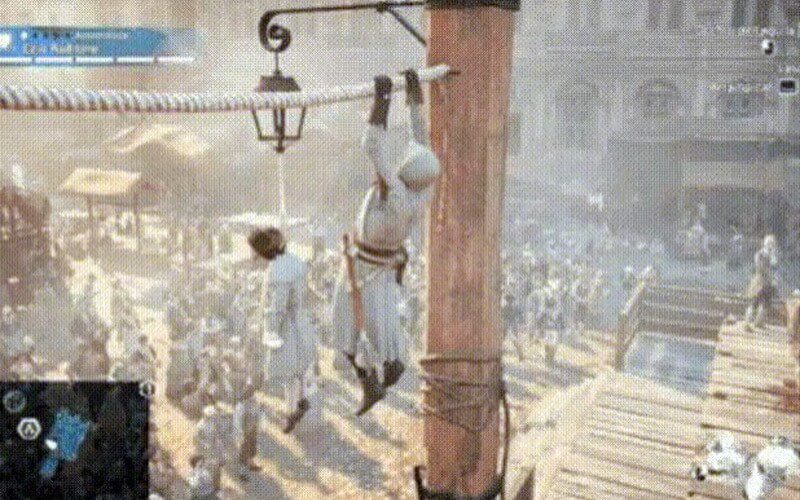 Assassin’s Creed: Unity was one of the most bug-infested launches ever, even by Ubisoft’s standards. It made The Division’s launch seem good by comparison.

However, Ubisoft went to great lengths in the hopes of fixing the game, and it did a very good job at doing so, to be fair. However, there’s still some glitches in the game that are rather hilarious.

A shocked player discovered something while playing the game that he didn’t think was possible.

He was just going about doing what Assassin’s do when he noticed something off about a man who was hanged from a lightpost.

When he zoomed in, he saw the man blink. He might actually be faking his death and is doing a pretty good job at it…while hanging from a noose. WTF Ubisoft?

“It’s OK bro, stay calm, they haven’t noticed yet. You can let yourself down when they’re gone, just hang tight lol”

A hanged man alive and very quiet on AC Unity.