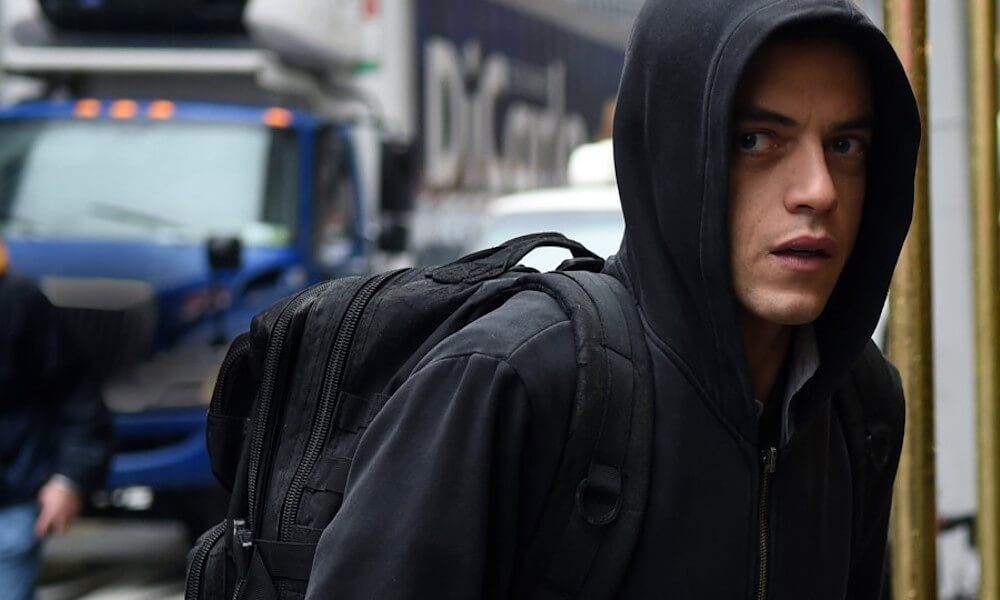 The most anticipated TV comeback of the year is…still Game of Thrones. But after a banging first season, Mr. Robot is a cool arguable second. The show’s sophomore season just began production last week, and it’s had no trouble building up hype thanks to news leaks. The first of which is the upcoming appearance of rapper Joey Bada$$ in his first acting role.

The second major one is how Mr. Robot is going to touch on the whole Apple vs. FBI encryption debate. For those who haven’t been paying attention, here’s the very truncated version of the issue: The FBI wants Apple to build a back door to unlock its iPhones in order to access the phone of one of the San Bernardino shooters; Apple refused to do so because the slightest bit of carelessness with that back door can jeopardize the privacy of every phone.

The issue coincides with the inclusion of law enforcement in the second season.

“Elliot committed a crime and we’re going to see the ramifications of that this season,” said showrunner Sam Esmail, according to Entertainment Weekly. “That’s why you see that introduction of law enforcement, which you deliberately didn’t see the first season.”

But again, production just started, so we won’t be seeing how that all works out for a while. In the meantime, you can watch John Oliver’s breakdown of the whole encryption debate below.