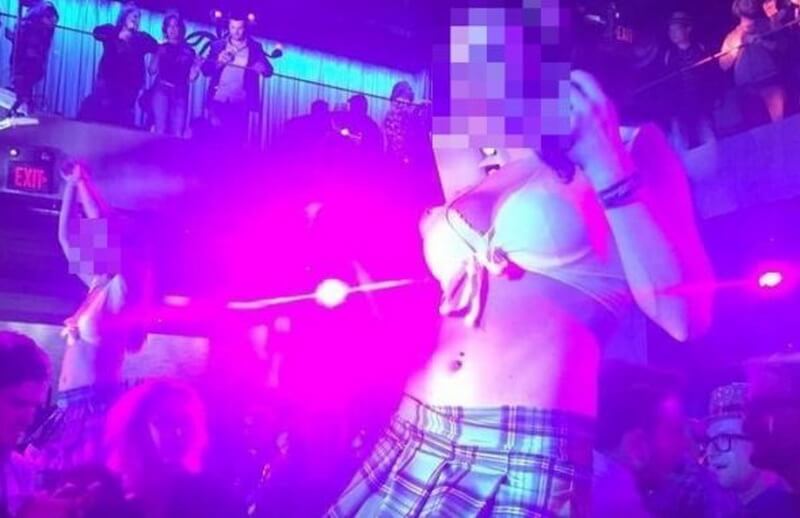 A lot of good news came out of the Game Developers Conference held this week but this isn’t one of them. Microsoft held a post-event party at GDC that featured scantily clad girls dancing in school girl outfits.

Unsurprisingly, a lot of people were shocked and many took offense at the apathy shown towards women by Microsoft by doing such a thing.

Some photos of the event were posted online after which it got wider attention. One of the first people to do so was Tin Man games editor Tamina Vincent:

I like dancing, I like talking to devs,” wrote Vincent. “But not at this#GDC16 party. Thanks for pushing me out of this party, Microsoft. […] Making a formal complaint tomorrow. I will not stand for this. I’m trying to encourage women into the industry then this happens.

Women in games industry are looked down upon as it is and the ever prevalent trend of having Booth babes at gaming events further separates them from being welcomed into the industry. However, when one of the biggest gaming hardware and software manufacturer has this kind of approach, it just makes matters worse.

It is to be noted that the same company had hosted a women in games lunch event at GDC. This makes it seem like both were being done by separate sections of the same women, one promoting women in videogames while the other stonewalling them.

Thankfully, it wasn’t only the media and developers who took notice of this. The heads at Microsoft also came to know about this and it was quick to offer an apology regarding this event.

First to show his disappointment was Aaron Greenberg:

@ZenMobius@XboxP3@Xbox@Microsoft@Spacekatgal@GDC Very disappointed to see this, going to follow up with team.

How we show up as an organization is incredibly important to me. We want to build and reflect the culture of team Xbox — internally and externally — a culture that each one of us can represent with pride. An inclusive culture has a direct impact on the products and services we deliver and the perception consumers have of the Xbox brand and our company, as a whole.

It has come to my attention that at Xbox-hosted events at GDC this past week, we represented Xbox and Microsoft in a way that was absolutely not consistent or aligned to our values. That was unequivocally wrong and will not be tolerated. This matter is being handled internally, but let me be very clear – how we represent ourselves as individuals, who we hire and partner with and how we engage with others is a direct reflection of our brand and what we stand for. When we do the opposite, and create an environment that alienates or offends any group, we justly deserve the criticism.

It’s unfortunate that such events could take place in a week where we worked so hard to engage the many different gaming communities in the exact opposite way. I am personally committed to ensuring that diversity and inclusion is central to our everyday business and our core values as a team – inside and outside the company. We need to hold ourselves to higher standards and we will do better in the future.

We’re glad Microsoft has quickly apologized for holding such a event but that’s the easy part. The hard part would be ensure such events never take place in future and only then would it be able to truly live upto its apology and claims to support diversity in the games industry.