The upcoming LittleBigPlanet 3 video game has a release date. Those who are looking to pick up the game can do so on November 18, 2014 but if you plan on pre-ordering the game, there’s a few incentives to do so at multiple retailers so choose wisely.

LittleBigPlanet 3 was revealed during this year’s E3 2014 expo. The game will have a few new additions especially in terms of characters to play as. No longer are gamers forced to use the Sackboy as there are multiple characters ranging from different creatures and animals.

While the game will be releasing for both PlayStation 4 and PlayStation 3 on November 18, 2014, there are multiple retail locations offering different pre-orders. These pre-orders run from different Sackboy plush’s, costume packs and more. However, all PlayStation 4 pre-orders will grant access to the Dragon Age: Inquisition Costume Pack. 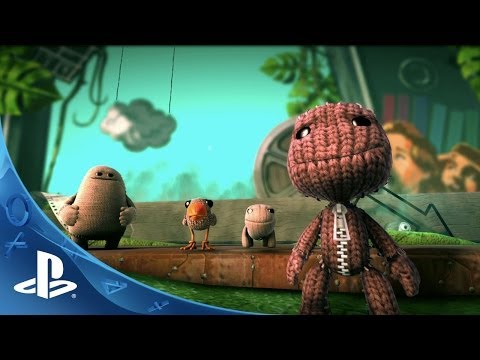