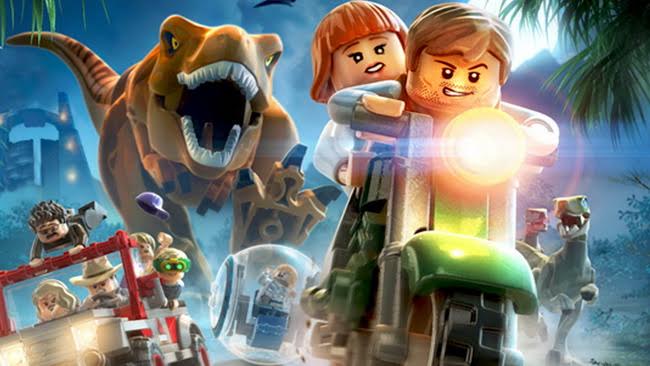 The game has less of a combat compared to the earlier Lego games. The previous Lego games had more combat with or without any sense. The lesser amount of combat in the game makes Lego Jurassic World more sensible. The game is mainly about the humans trying to escape from the dinosaurs. During the process there are a few dramatic fights like the T-rex vs spinosaurus battle in Jurassic Park 3 movie, or the  battle between camps in The Lost World movie to make the game more interesting. The compys (compsognathus) which appeared in the second Jurassic series and the third as well plays an irritating part. They are hard to hit creatures because of their movement and speed and has enormous heath sapping skills. This can frustrate the player time and again.

The game is a combination of segments from the four Jurassic movies which shuffles very fast. There are five stages in total in the game with one stage lasting near about thirty minutes or so. The game moves very fast from one segment to another comprising fights, escapes, gymnastic and all. It is all about finishing off one movie and getting into another.

A lot more could have been done with the overworld as it was a bit disappointing. Exploring new island towards the entrance of a new level was the irritating part. The other levels however are enjoyable. Surprisingly The Lost World and Jurassic Park 3 can only be played after the preceding movie is completed. On the other hand Jurassic Park and Jurassic World can be played right from the start. Another negative of the game is that it takes more time to move from one part of the game to another. Finding new stages for the game is difficult and time consuming and anyone would just have to go through the interconnected movie hub to get to the destination.

The sight gags and the spared voice clips in the first three movies make the game more interesting. Scenes like cleaning T-Rex’s teeth with a toilet brush bring in more fun in the game after evading the compys and the less interesting overworld. It is more fun when the dinosaurs can be healed using candies and ice pop rather than humans trying to cure them with medicines.

The game is a must try for the people having affinity to the Jurassic series as it is bound that Lego Jurassic World will entertain you. The game is not too long as it can take a maximum of eight to nine hours to complete. It is also quite nice to see the cute figurines move around and is a treat to eyes. The navigation in the park is a bit tough with the pests present. The game can be played as a raptor or Jeff Goldblum and most importantly a friend of you can join you in this run.