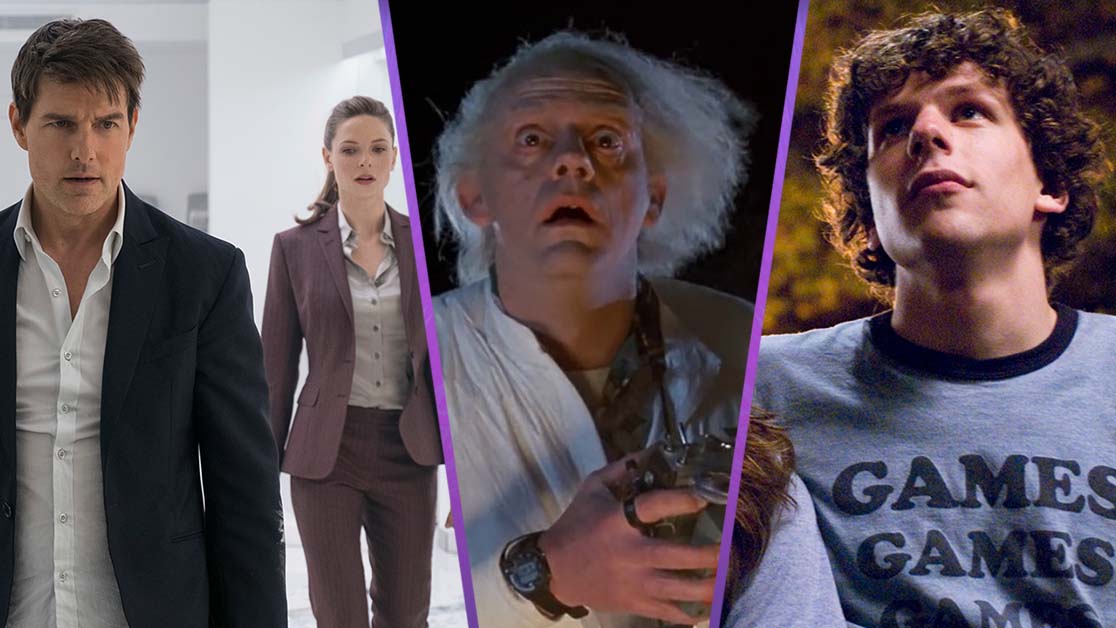 Every underdog sports movie has tried to replicate John G. Avildsen’s Rocky since 1976. Written by and starring Sylvester Stallone, this inspiring tale of courage and striving for your goals is a transformative experience. Bill Conti’s score is both bombastic and sensitive, while performance’s from Carl Weathers and Talia Shire take the movie to a whole new level. Not to mention it also contains the best montage in cinema history.

A small-time Philadelphia boxer gets a supremely rare chance to fight the world heavyweight champion in a bout in which he strives to go the distance for his self-respect.

Six films in and any other franchise would surely have buckled by now. Not for Tom Cruise. The Top Gun: Maverick star has a legion of incredible action films under his belt, but Mission: Impossible Fallout proved that the 60-year-old superstar still has plenty of tricks up his sleeve. Along with sensational director Christopher McQuarrie and a cast that boasts Henry Cavill, Rebecca Fergusson and Simon Pegg – Fallout is a masterpiece sequel to watch.

Ethan Hunt and his IMF team, along with some familiar allies, race against time after a mission gone wrong.

Michael Mann has cemented himself as one of cinema’s finest auteurs. Often concentrating on what makes humanity tick and mankind’s strange dedication to criminal crafts, Heat is as good as crime films can get. Robert De Niro and Al Pacino take centre stage, as a bank robber and detective pitted against each other in a cat and mouse chase across Los Angeles. However, the pair learn they have much more mutual respect for each other than they thought.

A group of high-end professional thieves start to feel the heat from the LAPD when they unknowingly leave a clue at their latest heist.

The Wachowski Sisters didn’t expect to vitally change the notion of sci-fi cinema back in 1999. But that’s exactly what they did with The Matrix. Blurring the lines between man and machine, while taking inspiration from heroic bloodshed cinema and anime, The Matrix is as cerebral as it is epic. Not to mention, it has some of the best action scenes ever filmed. Admit it, we’ve all tried to pretend we can dodge bullets like Neo.

When a beautiful stranger leads computer hacker Neo to a forbidding underworld, he discovers the shocking truth–the life he knows is the elaborate deception of an evil cyber-intelligence.

1. back to the future

File this one under ‘perfect movies’. It really doesn’t get much better than the timeless Back To The Future. Michael J Fox defined a generation of young teens with his turn as Marty McFly, ensuring everyone asked for a pair of Nike Bruin shoes for Christmas. Joining McFly on his journey through time is of course Christopher Lloyd as Doctor Emmett Brown in a truly inspired performance.

Marty McFly, a 17-year-old high school student, is accidentally sent thirty years into the past in a time-traveling DeLorean invented by his close friend, the eccentric scientist Doc Brown.

What is your favourite movie? Let us know over on our social media channels.