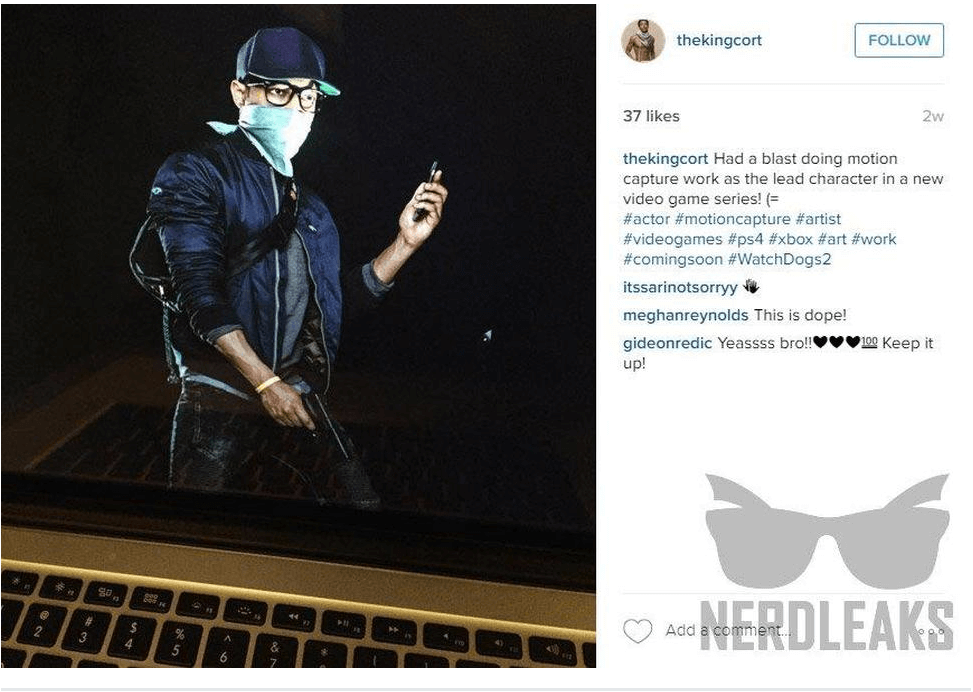 An image of what is reportedly the protagonist of Watch Dogs 2 has appeared online. The picture, which you can see below, was found on an Instagram profile belonging to King, a performance artist.

The account is now private, but an image of the post was captured by NerdLeaks. It features what looks to be a character of Asian descent sporting a baseball cap and a bandana covering his mouth. In addition he is is wearing a messenger bag along with a phone in one hand and a gun in another.

It is believed to be an image from Watch Dogs 2 because Aiden pearce from Watch Dogs utilizes a mobile phone as his main accessory. The caption reads: “had a blast doing motion capture work as the lead character in a new video game series.”

Ubisoft previously stated a sequel to Watch Dogs will launch before the end of its next financial year, which is April 2017.

Image of Aiden Pearce from Watch Dogs showcasing the same set of items as the leak. (via Ubisoft)

This is common practice in gaming. E3 is approaching and leaks are coming in like broken pipes.

Ubisoft will be hosting their E3 2016 press conference on June 13th. Starting at 1pm PT/4pm ET/9PM UK and will be livestreamed per the usual.