Killzone: Shadow Fall has been revealed at the PlayStation meeting.

The gameplay shown at the event shows the action unfold, taking complete advantage of the new processing and graphical power of the PlayStation 4.

Killzone: Shadow Fall is a story about a loss of home, search for a new home, and the lengths people will go to defend it. The demo showed some really nice looking visuals as well as a very realistic look on lighting and normal human interaction.

In the demo we saw that guns can switch between scopes and reload regularly. You can climb buildings, hide behind cover, throw grenades, and use c4. We also saw some slow motion action similar to Black Ops 2. 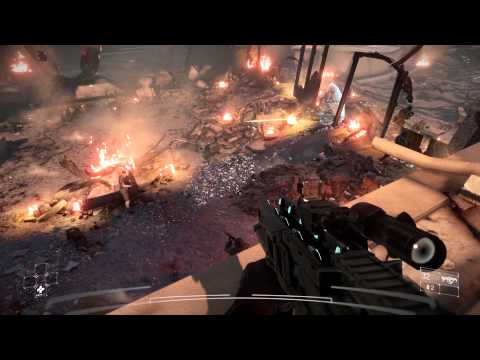