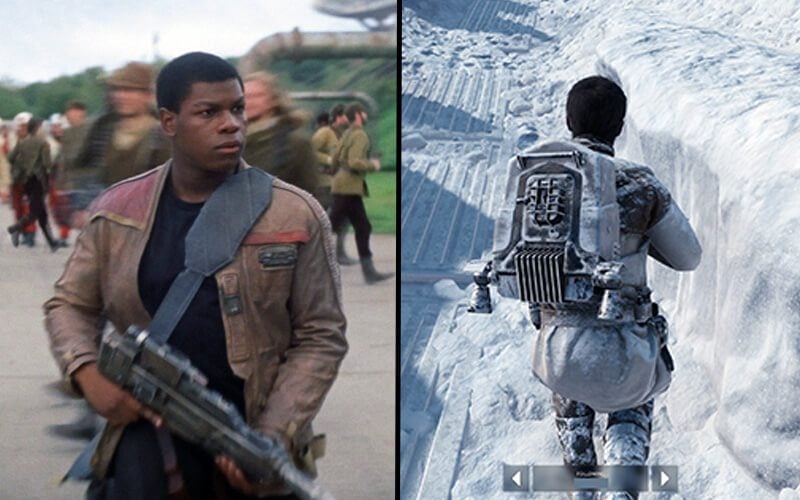 John Boyega, actor that played ex-stormtrooper Finn in The Force Awakens, has asked EA for a story mode in Star Wars Battlefront. Even more surprising is they answered..

For those concerned that he’s only doing it because of his movie role, that’s not the case. It seems he’s been a long time fan of the earlier games:

And has a sense of humor:

It’s safe to say he’s a pretty big fan and he’d like to see more be done with the game. He’s basically a voice for all of us in that regard. It definitely took EA by surprise but they didn’t stay mum either.

The best part about this is that EA responded, asking him if he’s played the Mission mode. The resulting conversation and EA UK’s response are below.

It’s unlikely that he’ll be able to get EA to fund an expensive post-launch campaign. But it’ll be interesting to see what his visit will result in.

Star Wars: Battlefront launched last year and although the game was well received commercially, fans were left wanting especially since the game was found to be lacking in content when it launched and to make matters worse, there was no single player campaign for gamers to enjoy.

Although, EA’s adding in more and more content via DLCs post-launch, some of them for free, it still wasn’t justified on its part to release a product that wasn’t really upto mark as far as being priced as AAA game is concerned.

If EA actually goes on and adds in a single player campaign in the game, the internet might break but rest assured it’s not going to happen. At least this gives us hope that they might in fact consider this option in the sequel that is bound to happen.