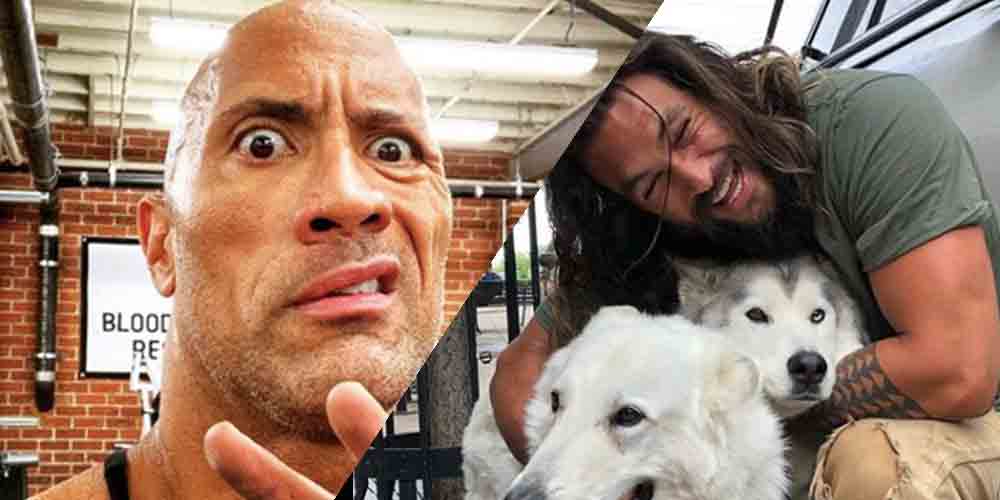 Dwayne “The Rock: Johnson is making bold claims that Aquaman star Jason Momoa is revving his engine to join the Fast and Furious franchise.

After his breakthrough role as the muscular Khal Drogo on HBO’s Game of Thrones, Momoa has also taken over the box office as the DC Extended Universe’s Aquaman. With those rippling muscles, washboard abs, and come-to-bed eyes, Momoa is literally hot property in Hollywood right now.

Johnson has been hyping his role as Luke Hobbs in the upcoming Fast & Furious Presents: Hobbs and Shaw with a seemingly relentless social media campaign.

Sharing shots of co-stars Jason Statham and Idris Elba, it’s clear Hobbs and Shaw is a testosterone-packed feature. If anyone thought it sounds like exactly the kind of movie Momoa should be part of, you aren’t alone.

When one fan posted on Instagram asking “Where is Momoa?”, Johnson couldn’t help but stir the pot. The former wrestling hardman replied: “Me and Momoa tried hard to get him in this movie to play my brother. But his schedule was too packed.”

While this might seem like a wasted opportunity, Johnson teased, “Next Hobbs movie for sure.” Considering both Johnson and Momoa spent some of their childhood in Hawaii, it isn’t too hard to imagine Aquaman swapping fins for fenders.

Hobbs and Shaw is already set to expand Hobbs’ family, but it sounds like his little brother will be sitting this one out. It’s also interesting to note that Johnson is teasing ANOTHER spin-off for the disavowed DSS Agent. It’s optimistic considering Hobbs and Shaw hasn’t even hit cinemas yet.

Still, the history of Fast and Furious points at some pretty impressive box office numbers. It seems like a million years ago since we first burned rubber in 2001’s first movie.

Universal’s Fast and Furious franchise still has plenty of gas in the tank thanks to the ongoing main-series and proposed spin-off movies.

As well as a ninth and tenth movie, there’s Hobbs and Shaw, a proposed all-female film, and promises of even more. So, look out for Jason Momoa and The Rock arm wrestling their way onto screens in the near future.