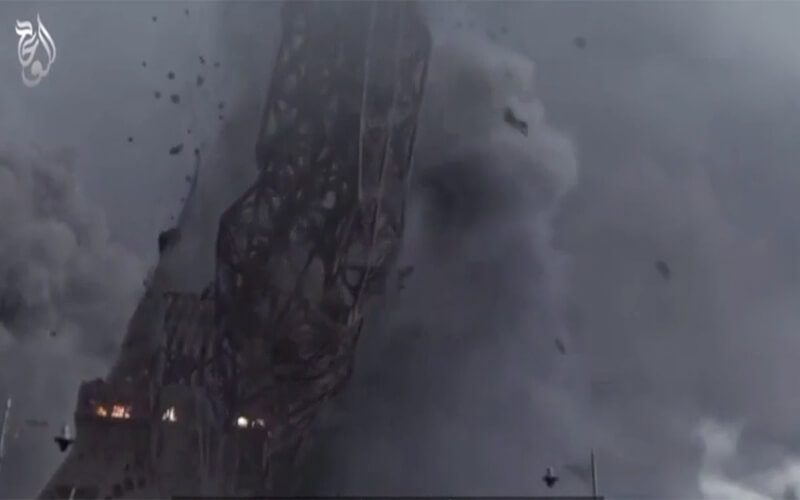 I guess ISIS played Call of Duty: Modern Warfare 3 and were inspired by the 12th mission, Iron lady, where you end up destroying the Eiffel Tower.

In a new terror propaganda video, the radical Islamic group used images from the game’s scene in which the tower falls, assumingly trying to say “Hey, remember what we did in Paris? Yeah well we’re going to do that in London, Berlin, and Rome too.”.

Now we could get into the politics of these scumbags all day, but I personally find it hilarious that they used scenes from a video game to depict real life violence. At the same time, I feel it could create drama.

It’s pretty known that there’s a ton of folks out there that would love to see “violence in video games” come to an end, even though the same violence is depicted in movies and TV shows all the time. Call of Duty, while being arguably the biggest gaming franchise today, is certainly no stranger to controversy in some of their missions.

Famously, the Modern Warfare 2 mission titled “No Russians” is easily the most controversial mission in any major game. We covered this mission recently here, but in short, you basically commit an act of terrorism in an airport, killing any innocent civilians in sight. It was included to give some heavy back story to the bad guy of the game.

Gaming is specifically targeted a lot when it comes to these kinds of things. There’s always some old person that simply can’t accept the fact that gaming has come as far as it has and doesn’t show any signs of quitting. I can’t wait until this new use of the Eiffel Tower falling in a video game is just the next target to further someone’s agenda.