We get some new story details as it begins with a woman Fetch who on camera seemingly kills a man while saying she’s never hurt an innocent person before in her life. From there our main character Delson has to go in and deal with her.

He is a member of the D.U.P. and it looks like it will be the player’s job to deal with rogue conduits. Yet when he tried to get through a D.U.P. security checkpoint he had to fight his way through. At the end of the trailer Delsin steals Fetch’s powers and gains new abilities. It’s another trailer teasing out elements for Sucker Punch’s next game in the franchise. 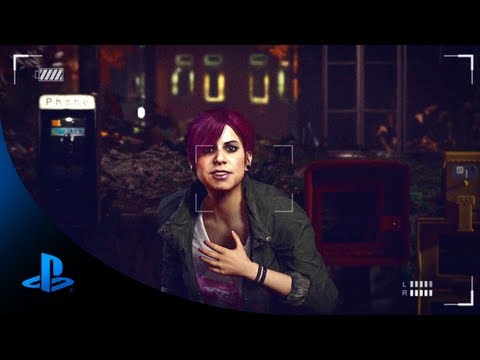