Infamous Second Son was shown behind closed doors yesterday, but for the rest of us developer Sucker Punch released a developer diary talking about the new controller for the PS4.

As the developers are talking about the controller they are using it to show off Second Son as a way to emphasize their point. In particular I found what they had to say about the analog sticks to be really interesting. Sony has reduced the dead zones for the sticks so that the slightest push will send a signal and have the game react that much faster and with more accuracy.

Infamous: Second Son is set for spring 2014, exclusive to the PlayStation 4. 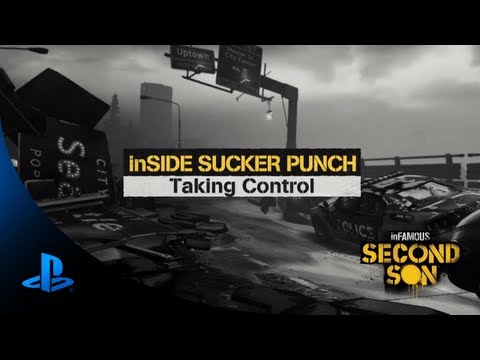