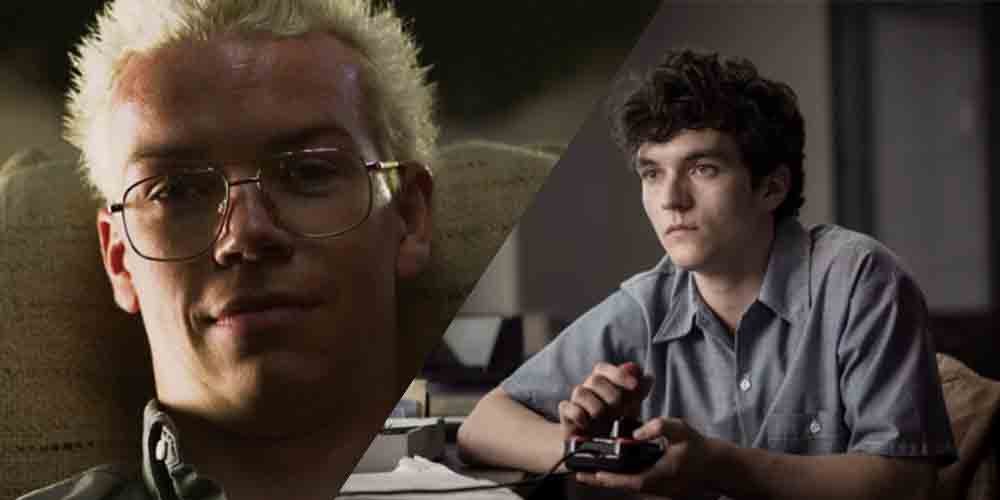 Turns out that interaction was meant to be taken to another level, with a pretty complicated sounding riddle sequence that didn’t make it into the final cut.

Black Mirror creator Charlie Brooker revealed that the idea in question would force viewers to memorise a series of numbers throughout the feature-length episode. These numbers would turn out to be Stefan’s therapist’s phone number, who he rings after killing his father.

Of course there is something similar that was kept in the episode, when the viewer is prompted to enter the number for Dr Haynes, though it’s pretty much impossible to mess up thanks to the suggestive flashbacks containing each digit.

“There was a point where that was baked into the story, like you had to solve that riddle to get anywhere,” creator Charlie Brooker told Vulture. “And it was just too complicated.”

“There was a particular choice point that didn’t make it in,” he explained, “and that was upon meeting Colin [Will Poulter’s character] at the door of the house, there was a choice point where Stefan pulls a knife out, and the choice was to stab Colin or drop the knife.

“And if you dropped the knife, Stefan had a breakdown and collapsed into Colin’s arms, and kind of gives him a big hug, which is clearly what he needs, really. So I’m a little bit… that was quite a nice touch, that didn’t make it in.”

Netflix recently revealed the least popular ending to Bandersnatch, despite being famously hush-hush on specific viewing figures when it comes to their content, the platform has shared the least chosen ending.

“Out of the 5 main endings, the one where Stefan goes on the train with his mum *fights tears* was the path least travelled,” the platform’s dedicated sci-fi Twitter explained.

And it’s even more difficult to change the past.

Out of the 5 main endings, the one where Stefan goes on the train with his mum *fights tears* was the path least traveled.https://t.co/NhxbbmSzZj