A GTA V player has found what seems like a horrible creature hiding in the darkest sewers of the game. The player who makes GTA V videos on Youtube goes by the name Doctor GTA.

He’s seen making preparations before visiting the game’s tunnel network where he claims to have heard rumors of a monster lurking inside from other people but couldn’t find any conclusive evidence himself.

He is seen exploring the tunnel network after making necessary preparations such as stocking up on weapons and ammunition, buying a badass vehicle and armor. His exploration commentary is rather dramatic.

The player doesn’t find anything substantial for most part of the video and right when he thinks there’s nothing of interest: Lo and behold – the monster appears. He is seen freaking out about it and shoots it in panic. He misses.

The monster is then seen lunging at him but he somehow manages to shoot it, killing him instantly. Check out the video to have a closer look at the beast. 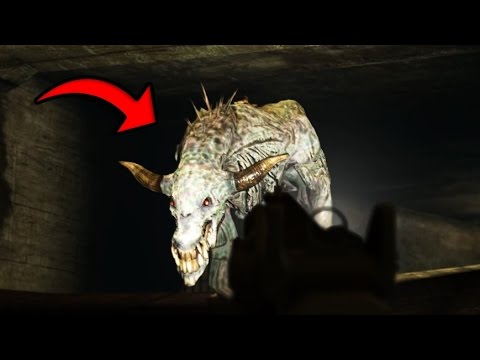