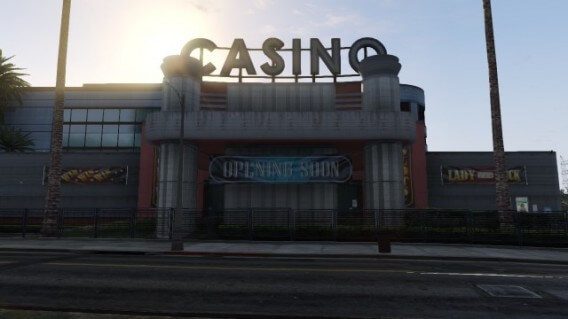 If you’ve always wanted to live on the wild side, Grand Theft Auto V provides the perfect platform to act out some of your deepest desires.  The ‘crim’ deep within is unlocked the moment you enter the delightfully under populated open world of San Andreas, where you’ll take on the role of one of three thuggish, though dubiously skilled villains.  An armoury of deadly weapons and a fleet of shiny vehicles, some conventional while others way out whacky, add weight to your avatar’s unerring ability to pull off heists in the blink of an eye.

First released in September 2013 for PlayStation 3 and Xbox 360, the long awaited sequel to GTA IV has been a rousing success, grossing more than $1 billion in just three days.  The Rockstar Games extravaganza is available in a single player mode, where you’ll take on the roles of all three hirsute characters – Trevor Phillips, Michael De Santa and Franklin Clinton – to progress further in the game.  In addition, there’s a multiplayer option, known as GTA online, capable of supporting up to 30 players at a time!

Although your character is quiet entitled to enjoy the city with his ill-gotten gains, law enforcement will step in if things get out of hand.  Commit a crime or behave in an unacceptably violent fashion – and that takes some doing in an inherently violent video game – and a progressively stronger ‘Wanted’ icon will flash in the head-up display!  Act like a wild animal during missions and you’ll be completely incapacitated and will have no option but to restart the game from a defined checkpoint.

Furthermore, characters can trade on the local stock exchange, buy and sell pads, luxury homes and businesses to fund their dodgy lifestyles, upgrade their arsenal of weapons and change their appearance with all manner of accessories and body art.  In short, the residents of Los Santos can pretty much do what most other city dwellers can do!

On the downside, you won’t be able to import your shiny new vehicles, blue chip shares, high end properties and the constantly accumulating cut from your criminal activities into the real world.  You can of course, enjoy discreet strip shows, dive into fatty fast foods and bank bags of casino cash in crisp currency, wherever you are.  Go on, play Grand Fortune games right now and there’s always the chance you’ll be able to act out your lavish GTA V lifestyle in the real world!