Taipei Game Show was made special by the presence of Kazunori Yamauchi, CEO of Polyphony Digital, who showcased Gran Turismo 6 and new announcements related to the game.

Mr. Yamauchi declared a brand new track to arrive in GT6 which will be based around the town of Zahara de la Sierra in Andalusia, Spain. The length of this new track will supersede that of the Nurburgring Nordschleife in Germany which is of 26km. The new track will be released in February alongside cars like the Red Bull X2014 Standard and X2014 “Fan Car” models.

More exciting news to add is that five functioning Mercedes-Benz Vision GT Concept cars will be created with 2014 SLS AMG car as the base model.

Mr. Yamauchi also revealed a unique Japanese concept of “shokunin”  (means a master craftsman or artisan) used in the game. Accordingly, Polyphony Digital has a policy of “one person, one car” in which each car model in Gran Turismo is built from scratch to complete by a single person.

Regarding the future of Gran Turismo franchise, Kazunori Yamauchi mentioned that currently the priority of the company is to regularly give updates to Gran Turismo 6, although development of next-gen GT7 has already started.

Have a look at the brand new track teaser video along with screenshots taken from the Gran Turismo Roundtable streamed live on the official PlayStation Twitch.tv channel 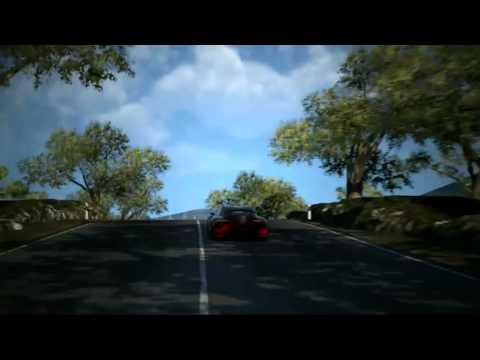