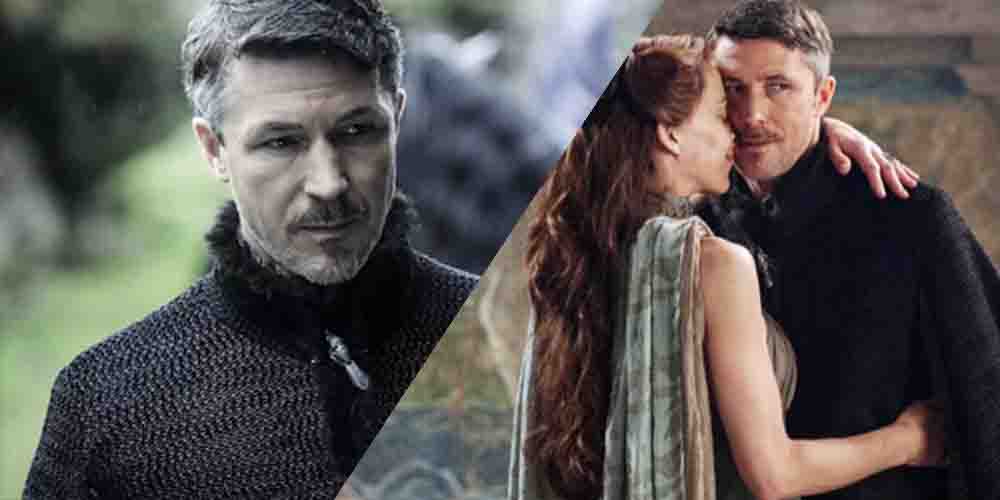 The night that is long and full of terrors is nearly over as HBO prepares for the release of Game of Thrones Season 8. While it currently anyone’s guess who/if anyone will sit on the Iron Throne, a brilliant fan theory guesses that Petyr Baelish will rise from the grave to claim the top spot.

David Benioff and D.B. Weiss have done a great job of adapting George R.R. Martin’s wild world of Westeros for TV, but with the show overtaking the books, no one knows how the show will play out in its final six episodes.

For those who’ve been keeping up with the books, Littlefinger is still very much alive and putting his plan into play to take over the Seven Kingdoms. In contrast, Aidan Gillen’s TV version bowed out in the shocking Season 7 finale…or did he?

Reddit user MrSilenceT suggests that Baelish faked his death in “The Dragon and the Wolf” and will be back to make his move for the pointy chair this year. It all boils down to Baelish’s strange behaviour, but let’s be honest, there’s nothing new there.

The theory highlights the Season 7 moment when Bran Stark used his creepy new powers to reveal he knew Baelish’s role in the death of Jon Arryn, the betrayal of Ned Stark, and the whole War of the Five Kings debacle.

Given that Littlefinger is notorious for having one of the biggest brains in the realm, it seems odd he would become so sloppy at this point and eventually lead to his shock demise.

MrSilenceT thinks that it wasn’t Baelish who kicked the bucket at Winterfell, but a Faceless Man imposter instead. While this has some merit to stand up on its own, the theory backs it up with some pretty convincing evidence.

In the fifth episode of Season 7, Littlefinger was seen passing a woman who whispers “Your time is up.” Littlefinger gives her a coin, and while it still hasn’t been explained, it could neatly tie into her replacing Baelish for his grisly death. The coin he gave her looks a lot like the currency of the Faceless Men. Considering Littlefinger is also known as the Master of the Coin, it all starts coming together.

Littlefinger’s grandfather was from Braavos — home of the Faceless Men — and there was a Season 7 scene where he told Sansa he knows them “only by reputation” with a sly smirk. Considering Baelish’s shady history with no proper house (creating his own Mockingbird sigil), there’s something to this.

What if we take this one step further and put it forward that Baelish is actually the shape-shifting Jaqen H’ghar? We’re through the looking glass here people!

Baelish has been scheming his way around the Seven Kingdoms since the start of Game of Thrones, so it isn’t hard to imagine walking into the King’s Landing and finding that smiling slimeball sitting on the Iron Throne with a glass of wine. Find out more when everyone’s favourite winter wonderland returns on April 14.