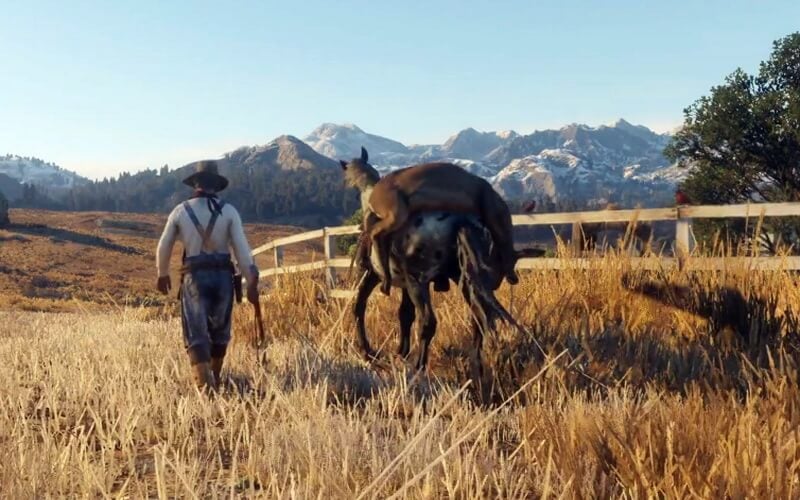 Rockstar Games has finally revealed the trailer for its upcoming open world wild west shooter game Red Dead Redemption 2. The trailer (if you can call it that) doesn’t really reveal much but looks amazing nonetheless.

The visuals are a huge leap from what its predecessor showcased and the music really compliments the experience.

You get a glimpse of the protagonist as well as some other clues about what the game might have in store for you. In case you missed the initial announcement, here’s what Rockstar Games said:

Developed by the creators of Grand Theft Auto V and Red Dead Redemption, Red Dead Redemption 2 is an epic tale of life in America’s unforgiving heartland. The game’s vast and atmospheric world will also provide the foundation for a brand new online multiplayer experience.

Red Dead Redemption 2 is in development for PS4 and Xbox One and will be releasing in fall 2017.

Rockstar’s been so far tight-lipped about the game’s plot or how many playable characters it’ll feature. Expect more details to emerge soon.