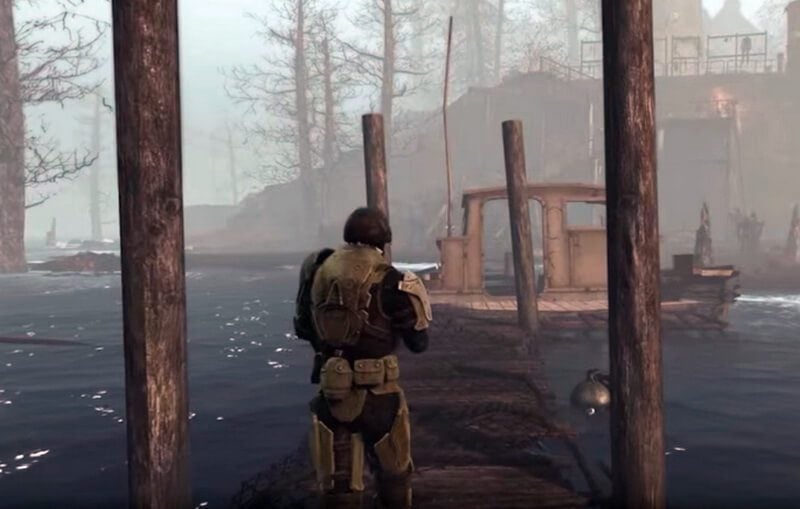 Bethesda just released its third DLC pack for Fallout 4 called Far Harbor. This is the biggest out of the three DLC packs released so far and Bethesda has claimed that it’s their largest DLC pack landmass wise.

/
The developers have released a plethora of DLCs for its games and since it’s a traditionally RPG-based game development company, many of its DLC packs have been massive. Claiming that Far Harbor is huge has definitely got the community talking.

Fraghero has now created a time lapse video of one our editors walking across the entire map of Far Harbor at the slowest pace possible. Make no mistake, the map’s huge and it took us almost 30 minutes to go from one end to another, but is it truly the biggest yet?

It is certainly the biggest when it comes to Fallout games, no other DLC released for any Fallout game comes close, but when compared to another Bethesda developed DLC for Elder Scrolls: Oblivion, it isn’t quite the biggest. Shivering Isles took almost 50% more time when compared to this DLC pack, with the final time coming to around 45 mins mark.

To be fair, it’s still quite a large map and Bethesda’s really delivered a meaty DLC pack in the form of Far Harbor. People are still discovering new things in the DLC and the overall feedback has been positive.

For comparison here are the times it took to walk across the other Fallout games and Oblivion’s Shivering Isles DLC.
Have you got Far Harbor yet? Let us know your game play experiences on our Facebook page.
Tweet
Share
Share
Pin