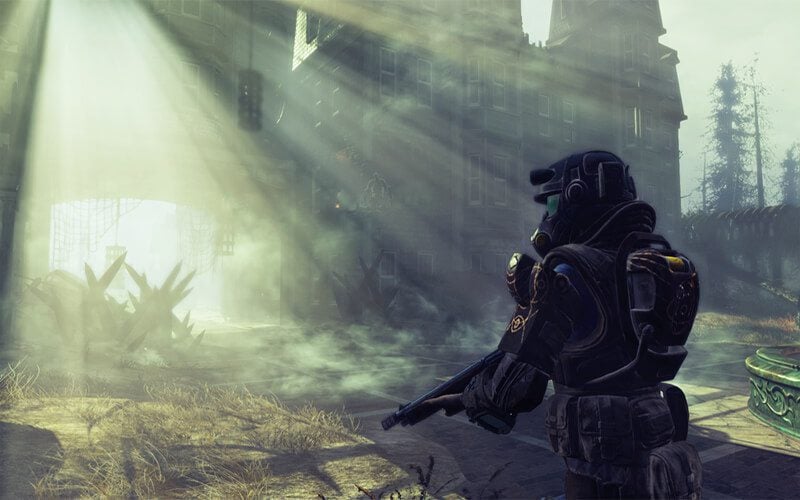 Bethesda has been testing their DLC plans through closed betas for a while now. Of course, players in these betas have been under strict NDAs (non-disclosure agreements), in order to protect Bethesda from leaks to the public. As assumed however, not everyone takes their NDA as seriously as they should.

Ever since the first Fallout 4 DLC, Automatron, there has been leaked information regarding the expansions. It wasn’t a huge deal however, since most of the leaks from previous expansions have been mechanic based, and not story related. This stems from the fact that the previous two DLCs haven’t had strong stories, or even no story at all.

However, spoilers regarding Far Harbor‘s story have been surfacing recently, which Bethesda has taken action on stopping. To a lot of players, story spoilers are not cool. Mechanic spoilers are generally accepted as “whatever,” but gamers typically take offense to the story spoilers since that’s a bigger part of the experience. This is why Bethesda is working to prevent NDA breakers when it comes to Far Harbor, being released this Thursday.

Now, we won’t go into specific spoilers, since I myself don’t enjoy having pre-existing knowledge of something I can experience myself in a couple days. However, it’s been largely confirmed that Bethesda has listened to our complaints regarding the RPG elements in Fallout 4, and have actively attempted to fix it. This comes in the form of skill checks, among other things.

The biggest leak however, was the actual DLC itself. Players have uploaded it to torrent websites, but more notably, it was uploaded to the actual Fallout 4 Modding Hub known as the Nexus. The entire $24.99 expansion was there, for free, for whoever found it. Now that, in my opinion, is a dick move. Bethesda gave someone the chance to play their content early, so they are repaid by someone attempting to screw them over. This is why we can’t have nice things.

Of course this content was promptly taken down, but a cached version of the page it was uploaded to shows that at least 800 people were able to download it. This just goes to show that Bethesda might use a different approach in the future when it comes to this kind of testing. At the very least, I hope they somehow improve on their methods of doing so.