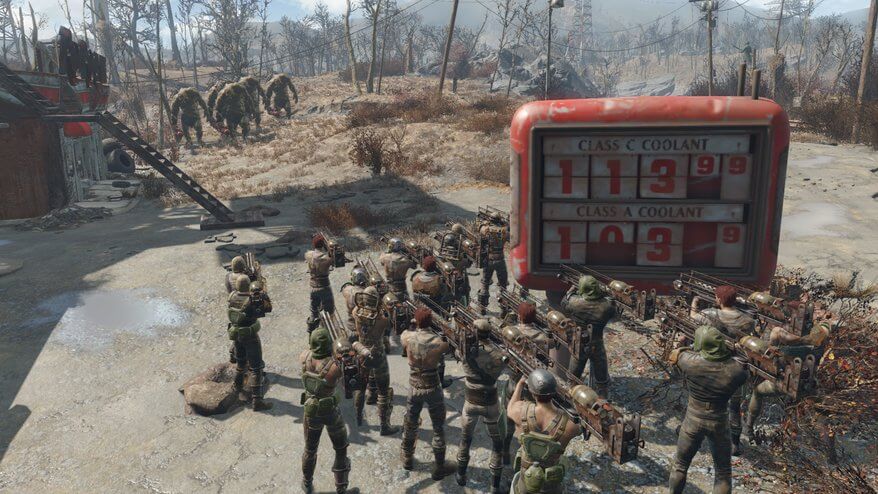 If playing Fallout 4 on your console isn’t giving you enough creative freedom, and by freedom I mean reducing the commonwealth to ashes, be sure to swap to your PC (or watch a friend on theirs) and turn your character from prey to predator.

Instead of enduring the tedious task of inputting commands every time you run the game, follow this list to dramatically cut down the time and up the carnage.

Starting off, create a .txt file, the program you use is your choice, whichever you’re more familiar with. Input the console commands you desire on separate lines and name it something you won’t forget. To end this step, simply save the file to your Fallout 4 directory. Still with me?

When you’re in the actual game, hit the tilde key to open up the console and simply type “bat” along with your file; this will execute all of the commands saved on the file.

Console commands allow players to apply their creativity to games. Here are a few examples to get your creative juices flowing.

If the game isn’t quite cutting it with framerate issues and other graphical problems, have no fear because this will solve (or at least help) those issues.

Be sure to follow these commands to the letter, it’ll be a lot easier simply copy and pasting rather than making complex files to find out you’ve gone wrong and nit-pick through them all. Like the steps before, save the file to your Fallout 4 directory, start the game, enter the console (tilde key) and input “bat [your file name]”.

Turn into a fighter jet (metaphorically)

If your guns aren’t cutting it, and you feel like you need to tip the scales in your favor, smash the scales and laugh at it’s puny existence. Enter this in a text file and show them how much war can change.

Hit the tilde key in game, again enter “bat[file name]” and play the game like it was directed by Stan Lee. Just don’t forget to toggle into 3rd person and click yourself to apply the new settings, otherwise you’ll look a little bit stupid charging into a horde of super mutants and getting your head ripped off quicker than a packet of Doritos at a CoD tournament.
Play Fallout 4, Godzilla edition
Okay well maybe not quite Godzilla, but near enough. This specific command will spawn in behemoths and raiders on you, turn off their aggressive AI and retain your god mode. Another example of the command here:
//Toggle AI
tai
//Toggle combat AI
tcai
//Toggle god mode
tgm
//Monster spawns :D – 5 Super Mutant Behemoths vs 20 Raiders
placeatme 000bb7dd 5
placeatme 000f757b 20

Be sure to turn on no clip though or you’ll be playing ‘Black Friday at Walmart simulator’. Once you’re at a safe distance, pull up a chair, open an ice cold Nuka Cola, enter this command and watch the heads roll.
//Toggle AI
tai
//Toggle combat AI
tcai
Again be sure to save a name to the file, it saves a lot of time and confusion. While not an extensive list, these are a few of the more basic commands out there. Don’t feel limited to what you can do though, get out there and see what crazy scenarios you can make!
Source
Tweet
Share
Share
Pin