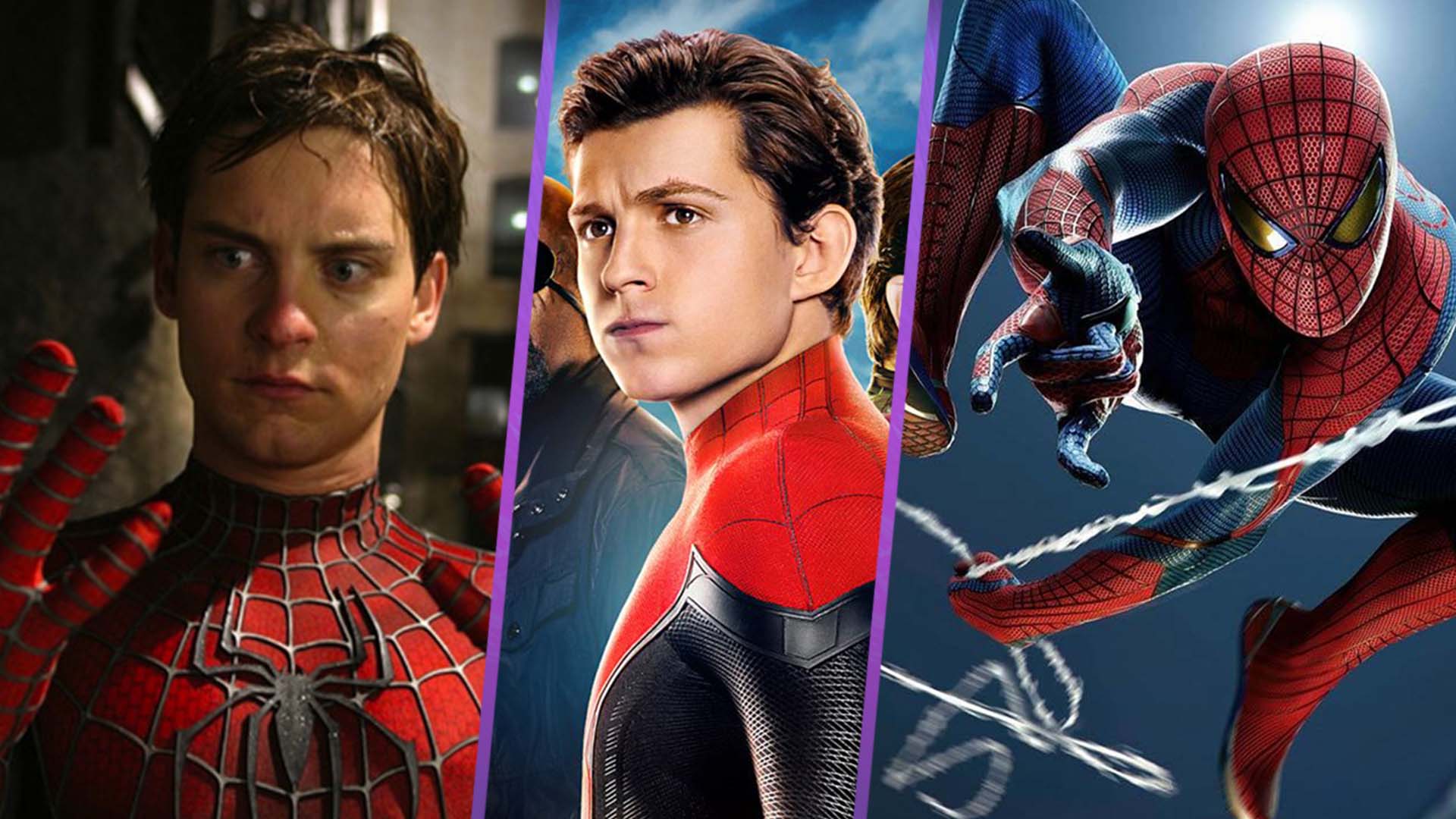 There are a lot of Spider-Man movies – we’re here to tell you which ones are worth watching and which ones aren’t in ranked order.

Here’s every single Spider-Man movie ranked from worst to best.

The Amazing Spider-Man 2 is a pretty bad movie. While it has stars such as Jamie Foxx in it, they’re not used effectively and the characters that they play come across as fairly one-dimensional and flat.

Dane DeHaan just seems like he didn’t want to be in the movie in the first place. However, Andrew Garfield and Emma Stone work beautifully together thanks to their chemistry and back and forth dynamic. All in all, the entire movie rings hollow.

Whew. Okay. Right. Spider-Man 3 isn’t bad for the reasons most people think it is. Is the dancing scene extremely cringe-worthy? Yeah. Is it supposed to be cringe-worthy? Also yes.

The biggest problems for Spider-Man 3 never came from some weird dance moves. The issues for Spider-Man 3 arise from a general messiness of the plot. Sony forced Raimi to use Venom in the movie despite Raimi being quite open about his dislike of the character.

Because of this, the movie is stuffed full of things that don’t need to be there. It doesn’t help that thanks to the extra weight the movie has, you don’t care at all about Bryce Dallas Howard’s Gwen Stacy.

Nor do you care at all about the new relationship dynamic between Kirsten Dunst’s Mary Jane and Tobey Maguire’s Peter Parker.

Spider-Man: Far From Home isn’t a particularly bad movie by any means. Rather the opposite – it’s well put together, well made, well acted, and it looks quite nice too. But compared to the rest of the movies on this list, it’s forgettable.

When you directly compare it to the local hero you expect Spider-Man to be, it entirely fails. It’s cute and fun to watch MJ and Peter start to form a bond, but beyond that it really does feel entirely like a set-up for the next movie.

The fact that the first Spider-Man movie is still so good is a testament to director Sam Raimi’s skill. Sure, every shot does feel very much of its time, but that manages to not detract from how fun the movie is on a core level.

Andrew Garfield is highly underrated as Spider-Man – that much is obvious. While his origin isn’t quite as good as the origin that Maguire had, his romantic lead is infinitely better.

At the time of the movie, Emma Stone and Garfield had started a romantic relationship, meaning that the on-screen chemistry is utterly sizzling and extremely believable on a core level.

That alone makes the movie more fun to watch than a lot of this list, even if the villain is forgettable.

Do you agree with our ranked list of Spider-Man movies? Let us know across our social channels.

He’s able to hit the quips that Maguire couldn’t and that Garfield had with such speed and wit that you’ll be laughing a lot. But what really sets this movie up above the rest is the villain.

Michael Keaton’s Vulture is sympathetic – he’s got charm, he’s got the fear factor, and he’s got the evil scheme. Everything about it is brilliant.

Spider-Man 2 contains the train scene. That alone is a well-earned justification for why it ranks so high on this list. Alfred Molina’s Otto Octavius is one of the best villains in Spider-Man history, up there with Willem Dafoe’s Norman Osbourne.

The best thing about Octavius is the way that he and Spider-Man act as direct parallels of each other. They’re both brilliant scientists that try to do what they feel is best. It’s just that Octavius is being controlled by an outside force, and really does want to do good.

Spider-Man: No Way Home feels like a celebration. It’s taking a look back at everything that came before the MCU, allowing fans to see their favourite elements of it one last time and then looking to the future.

The entire movie serves as a watershed moment for Tom Holland’s Spider-Man, with emotional beats creating the more mature Spider-Man of later comics. It’ll be interesting to see where the movies go from here, because the way this ends it could truly go anywhere.

Spider-Man: Into The Spider-Verse

I mean, where to even start with Spider-Man: Into The Spider-Verse? It’s beautifully animated – truly stunning stuff. Beyond that, it’s also written as a great coming-of-age story for Miles Morales, using Spider-Men (and women) from other dimensions as a way to teach him important life lessons.

Shameik Moore, Jake Johnson, Hailee Steinfeld, Nicholas Cage and John Mulaney all star in the movie and every single one of them gives an absolute acting tour-de-force.

Do you agree with our ranked list of the Spider-Man movies? Let us know across our social channels.