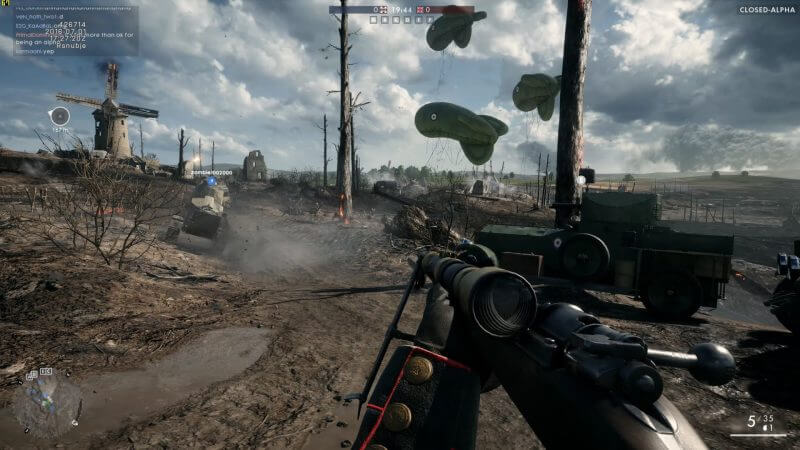 Battlefield 1’s official trailer has been getting rave reviews both from the gaming community and industry experts in general. Not only have the reveal trailer become the most viewed trailer on Youtube, but it also crushed its competitor Call of Duty: Infinite Warfare’s trailer, both in terms of reception and amount of views.

However, one should not forget that the Battlefield franchise is being published by EA, who isn’t really a fan-favorite either. And now, the company has sneakily confirmed that both micro-transactions and map packs would be part of Battlefield 1.

This information was revealed by EA’s CEO Andrew Wilson during a investor call last week. Although Wilson used some rather generous marketing speak to confirm the same, it doesn’t help taking away from the fact that most gamers despise this model.

As relates to Battlefield 1 and extra monetization opportunity,” CEO Andrew Wilson says, “taking a step back, any time we think about extra monetization inside an experience, we really think about it on two vectors: One, are we able to provide value to the gamer, in terms of extending and enhancing their experience? And two, are we able to do that in a world where we give them choice? We never want to be in a place where there’s a belief that we are providing a pay to win mechanic inside of one of our games.

He then went on to say how the company is looking poised to utilize both macro transactions and micro transactions in Battlefield 1 to offer a more ‘enhanced’ experience to players. Basically, fancy words for map packs (macro) and in-game items unlocked by paying real cash (micro).

Given that in Battlefield 1, you will see both macro monetization opportunities from us like maps and large scale content, as well as micro monetization opportunities, smaller increments of gameplay, and then over time, what you will see from us is elements of gameplay that allow gamers to engage and drive, and extend and enhance their experience, much the way people do with FIFA Ultimate Team or Madden Ultimate Team today. We feel very confident in our ability to deliver that in a way that is deemed valuable by our player, and drives increased engagement over time with them.

It’s a given that there’s big money to be made via in-game transactions these days and EA’s own sports games make a fortune by implementing them. Call of Duty: Black Ops 3 has taken it to the extremes via its paid supply drops model. Heck, GTA Online’s made over $500 million via micro transactions alone.

Therefore, this shouldn’t surprise anyone but still it makes one wonder how serious the developers are about shipping a full game at launch these days compared to releasing it in bits and pieces to boost revenue.