From E3, a new demo was released online for the upcoming Disney Infinity 2.0. If you’re looking to catch some of the gameplay action with the latest Marvel superheroes, you can no do so via the trailer down below.

This new Disney Infinity 2.0 expansion will add new Marvel superheroes including Captain America, The Incredible Hulk, Iron Man, Thor, Black Window and Spider-Man. Disney Infinity 2.0 will also be releasing on the latest consoles from Sony and Microsoft which means PS4 users can join in on the fun.

Also announced is the upcoming starter packs for the second version of the game will include two power discs and three characters being Thor, Black Widow and Iron Man. A few more improvements to the game will be quite noticeable for past players. For instance, the maps will be much larger along with the level cap raised to 20.

Disney Infinity 2.0 is being developed by Avalanche Software and will be releasing on the PlayStation 3, PlayStation 4, PS Vita, Wii U, Xbox One, Xbox 360, PC and iOS this September 23, 2014.

We’ll have the latest information from E3 2014 right here on PSG! 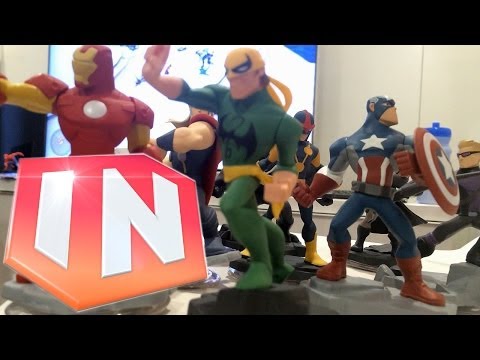