In a new video the developers of Batman: Arkham Origins show what the NVIDIA PhysX engine does when switched on. They play the same scenes back to back to show the differences and what it adds to the atmosphere.

Notably is how it improves the movement of Batman’s cape and the added reactive fog. Batman’s cape is more fluid and looks more real with the PhysX engine on. Likewise the fog reacts to the building geometry and character movement adding a lot of presence to the world making it feel more like Gotham.

Batman: Arkham Origins will come to the PlayStation 3 and other current generation consoles on October 25th. 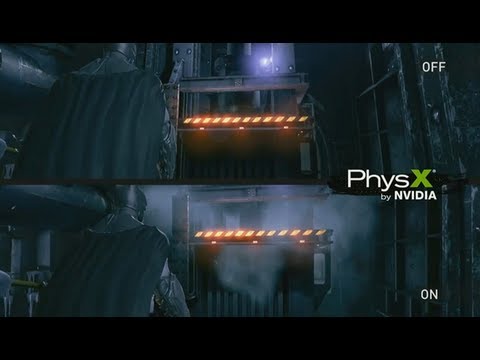