Compulsion Games explains the inspirations and origins of the their upcoming puzzle platformer in this behind the scenes trailer. Director Guillame Provost, set designer Joshua Mills and visual Designer Whitney Clayton go into detail about the 1920s vaudevillian aesthetic and jazz soundtrack.

It also shows off the key feature about the game where Didi, s imaginary friend , Dawn, can swap between the 3D world and the p2D shadows. The player will have to swap and move the lights around to solve the puzzles and make their way through the burlesque world of Contrast.

Contrast is coming to the PlayStation 3 in mid-November and will be a PlayStation 4 launch title. It will be free to PlayStation Plus subscribers. 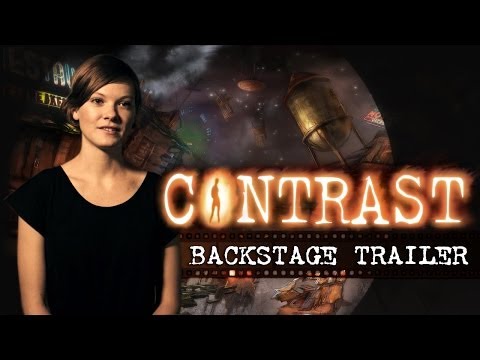