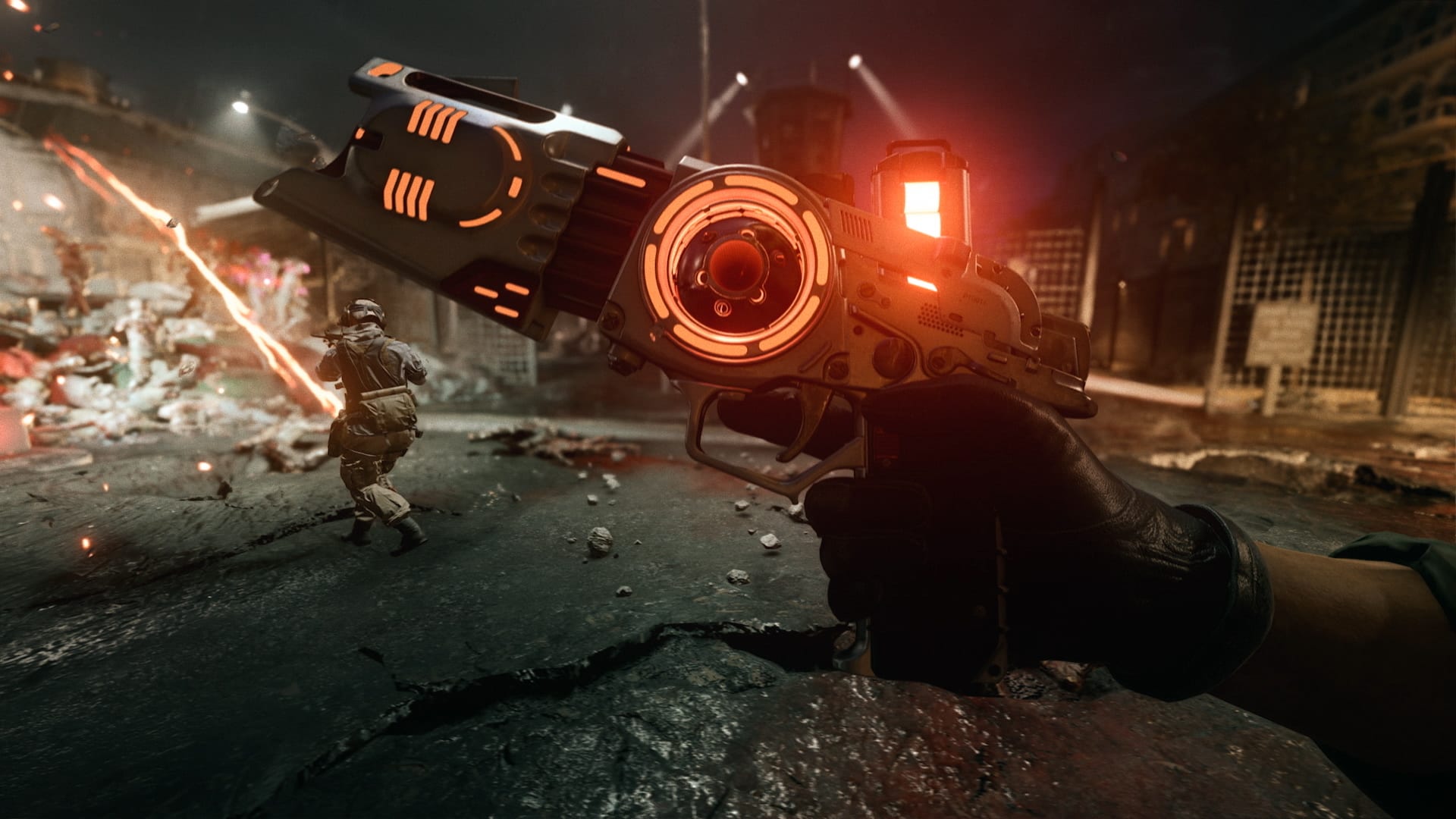 Call of Duty Warzone players are finally getting to show off their zombie camos as they cross over into the battle royale for the first time.

Black Ops Cold War features cross-progression across all of its different modes. This includes multiplayer, zombies, and Warzone. However, the game has never allowed zombie camos to cross their way over into Warzone. Zombies camos have some of the most outlandish designs in the game, and usually sport other-worldly looks.

Zombies fans can rejoice as Raven Software has confirmed a new update that’ll allow you to show off that zombies drip in Warzone.

Considering the excellent cross progression featured in the new Call of Duty games, this feels overdue. It certainly spices up variety of weapons skins across Warzone. Up until this point, skins were limited to those unlocked in Multiplayer and Battlepass weapons. And its fair to say that the zombies designs are often more colourful, if not a little wild.

Raven Software confirmed the inclusion via Twitter, showcasing some of the camos in action throughout Verdansk.

Hopefully this inclusion means that camos will be staying when Vanguard’s new Warzone map and zombies mode launches later this year. I reckon a zombies camo would look pretty nice in the lush environments of the recently reveal Pacific Warzone map.

As of this morning (August 9th), some players were reporting that zombies mastery camos were inaccessible. However, Raven have addressed the matter, and will likely provide a fix swiftly. I look forward to seeing players wrecking through Verdansk with a rifle featuring bat wings.

Zombie camos are available in Warzone as of today. If you haven’t grinded those zombies weapons, the expansive Outbreak mode is a great way to level up fast.

Do you have a favourite zombie camo you can’t wait to show off? Let us know over on our social channels!