Developer Spiders Studio, the team behind Mars: War Logs, has released a new PS4 trailer for their RPG in progress Bound By Flame.

In the trailer, we see two men against a hoard of enemies before being confront with a nightmarish monster. It’s really more of an action piece that looks like its their to show off the tech and art style than anything else. 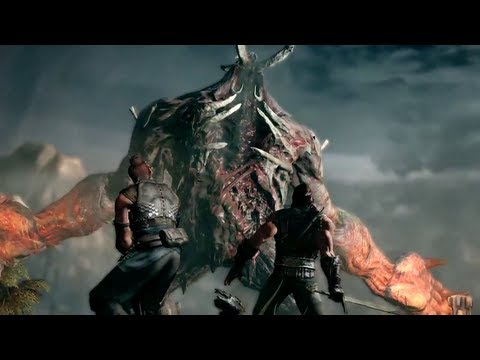 Bound By Flame will be coming to the PS3 alongside the PS4 as well as all other gaming platforms.