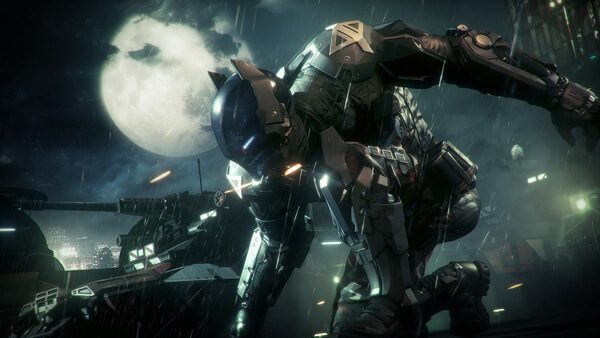 When Batman: Arkham Asylum released, no one knew it would forever raise the bar high for super hero games. There was nothing even close to what Rocksteady managed to create with the dark and gritty Arkham game and it totally did justice to the most famous Superhero of all-time. It now had the best superhero-game of all time. As the franchise progressed so did the world where Batman came to live and Arkham City is the finale to what is an amazing franchise. Does it manage to surpass what its predecessors did before it or does it fail to live up to expectations?

Arkham City is definitely not a pushover and does have its shining moments however it falters in many places which really leaves a sour taste in the mouth of fans who were expecting the finale to be really extraordinary. Let me get this straight, it has all the ingredients for achieving such a feat but lacks the polish to actually being able to do so.

From a playable Bat-mobile to great new villains and a decent story-line. Arkham City tries its best to bring freshness to what seems to be an established formula. With a lot of side-quests and a main story-line which is well over 12 hours of playtime, the game’s also rich in content. But it somehow fails to put all the pieces together and doesn’t really leave you with the realization of closure that the franchise deserves.

For starters, the Bat-mobile sections are often forced down your throat and the combat is repetitive and borderline frustration, especially the boss fights. Rather than being an addition, a large chunk of the gameplay is devoted to it but with little to no variations which makes the parts boring as the game progresses. The story in itself could’ve been better with the supposedly big twist being too predictable and many portions feeling like a drag. The most interesting part of the story-line is a character who doesn’t even exist in reality, which isn’t really a compliment to the writers.

Keeping these aside, Arkham Knight is a really good Batman experience if you don’t compare it with its predecessors. The game’s main villain in the form of Scarecrow and Batman gone bad called Arkham Knight prove to be worthy nemesis and the side-quests and other villains such as Penguin, Two-Face, Firefly, etc also impresses. The riddle is also back with his own set of puzzles, most of which now involves using the Bat-mobile which is a welcome addition.

Batman’s arsenal also sees some improvements and the Bat-mobile also gets some cool upgrades as you progress through the story. Gameplay wise, everything that is known to work makes a comeback in the game and the Dark Knight also gets some new combos and moves. You can also use a remote control to drive a the Bat-mobile which opens up new gameplay opportunities.

The game-world in itself has increased in size a lot considering the introduction of the Bat-mobile, you’ve a lot of districts that you can travel to, some of which are initially blocked but are opened up as you progress through the game. You can either use the rooftops or the Bat-mobile to navigate and some situations demand you use both means. Driving the Bat-mobile is satisfying through the streets of Gotham and almost everything that stands in its way crumbles as you drive through.

Combat-wise, you’ve an whole new set of moves and combos and subtle changes that make the experience even better. There’s also a multi-take down system which can come real handy when you’re outnumbered. You also get to team up with your friends such as Night-wing, Robin and even Cat-women in some special sequences and switch between Batman and his ally at the press of a button and also pull off some amazing combos. Good fun overall.

This is also by far the best looking Batman game to date and it really comes to life on the PS4. You can notice the small details like the drops of rain on the cape of the Dark Knight and admire the physics at work as you race through Gotham in your Bat-mobile. The animations are also smooth for the most part and the cut-scenes also look very good. Fans who like to play games which look good won’t be disappointed.

Batman: Arkham Knight is a very good game, make no mistake about it, however, it is not perfect, far from it actually and that’s why it does leave you with a lot of complaints by the end of it. The game feels like a drag at times and although the main story is well-written, the apparent twists can be easily deduced long before the revelations are actually made. The sections featuring the Bat-mobile can also often get on your nerves and most of the Boss-fights seems repetitive with not enough wow-factor to really get you into the feel of it.