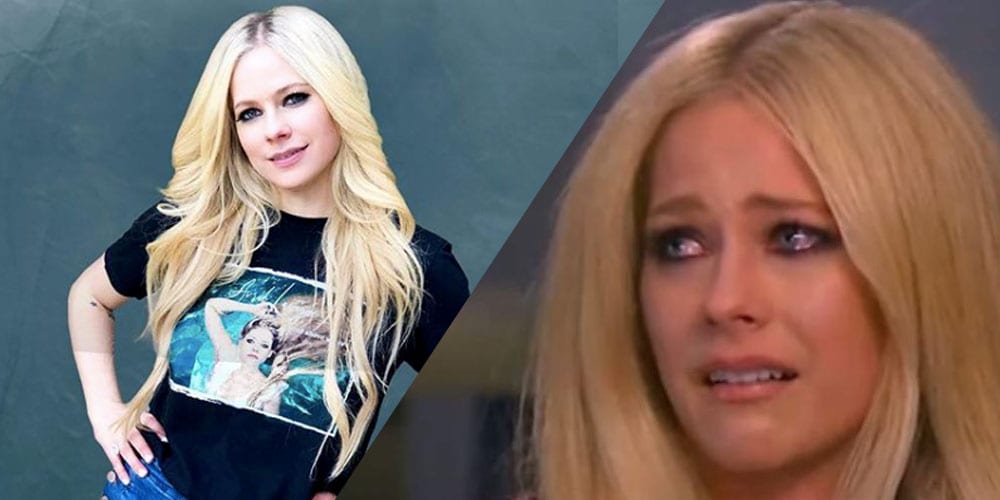 There’s tons of conspiracy theories going around in the world, ranging from what the deal is with all the Mattress stores in America, to whether or not there was a ‘different motive’ for 9/11.

Some seem a lot more legitimate than others, and some are just downright silly. One of these that I would definitely place in the ‘silly’ category is the conspiracy theory that Canadian singer, Avril Lavigne ‘died after the release of her first album’ and that she has came back as a clone.

Up until this point, Avril has been out of the spotlight quite a bit while she’s been fighting Lyme disease, but since the release of her new single she’s been back out and promoting, which gave Australian KIIS FM’s Kyle and Jackie O show the perfect opportunity to finally ask the singer what she’s thought of the rumours over the last few years. Radio host Jackie O asked: “What about, did you laugh at the rumours that went around where you no longer exist and there’s a clone of you?’

Lavigne then gave quite a large pause, but responded by blasting the rumour, and labelled it as ‘weird.’

“Yeah, some people think that I’m not the real me, which is so weird! Like, why would they even think that?” Lavigne replied.

The conspiracy theory is that after the debut of her first album, there’s reportedly lines in the song ‘Under My Skin’ that hint at a possible ‘suicide’, and now some people believe that Avril is no longer with us, but has been replaced by someone called ‘Melissa’, and that not only has Lavigne’s facial structure changed since 2003, but they also say that her clothing and style has completely changed and therefore she ‘must be a clone’. Hmm. I mean it could literally be a case of just going along with whatever her label wants her to be in order to sell songs, and also we can’t deny that ‘Girlfriend’ was actually a pretty sick song after her rather depressing but classic first album.

Avril Lavigne has been away from the spotlight the last few years after a battle with Lyme disease.

She announced back in 2015 that she was battling the disease, which is a bacterial infection spread by ticks and symptoms include a high temperature, tiredness and loss of energy.

However, she has recently announced her official comeback to the music world with the introduction of her new song, Head Above Water, on in a post on her website. Avril wrote: “I spent the last few years at home sick fighting Lyme Disease. Those were the worst years of my life as I went through both physical and emotional battles. I was able to turn that fight into music I’m really proud of.

“I wrote songs in my bed and on the couch and recorded there mostly as well. Words and lyrics that were so true to my experience came pouring out of me effortlessly.

“Truly… by keeping my spirits up, having goals to reach and a purpose to live for, my music helped to heal me and keep me alive.” 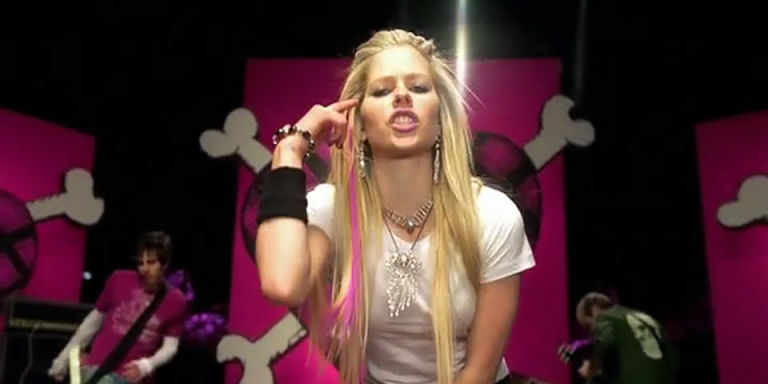 Talking about her new song, Avril claimed: “It is also the first song I wrote from my bed during one of the scariest moments of my life. I had accepted death and could feel my body shutting down. I felt like I was drowning.

“Like I was going under water and I just needed to come up for air. Like I was in a river being pulled in a current. Unable to breathe. Praying to God for Him to help me just keep my head above the water. To help me see through the stormy weather.”

The ‘Girlfriend’ and ‘Sk8er Boy’  also spoke out to E! News  back in April about attending her first red carpet in years.

“To have also gone through my own personal struggle with Lyme disease, having my own foundation, it’s just even more meaningful, you know, when you go through something like that. 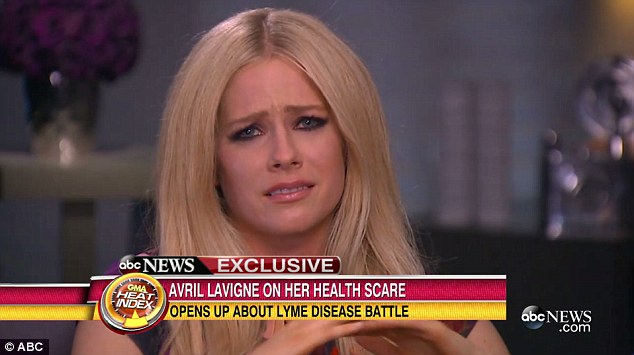 “I’ve not even been able to come to one of these events for a few years, I’ve been tucked away and hibernating and healing and it’s very up and down. Everything is brighter.

“I’ve always been a really grounded and grateful person but it changes a lot. The simple things in life are what means the most really, I’m happy to be here, happy to be supporting.”