A slightly odd video game XSEED is bringing to North America is Akiba’s Trip 2. The game is clothes ripping fun in-order to destroy vampires, needless to say, the gameplay trailer is slightly NSFW.

Akiba’s Trip 2 is the first video game from the series to get a release in North America. However, you don’t have to worry much as the story is standalone thus no background information is needed.

Within Akiba’s Trip 2, players will have to fight off herds of vampires prowling through the street. The protagonist can destroy these Synthister creatures by beating them up and stripping off their clothes.

Apparently, by ripping these creatures clothes off will kill the vampires through direct sunlight. The game is said to make it’s release on the PlayStation 4 this Summer in North America from publisher XSEED. You can watch the slightly NSFW gameplay trailer down below. 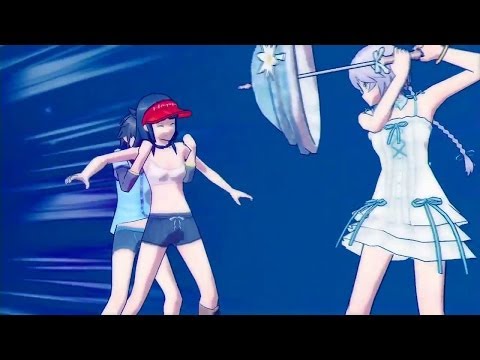