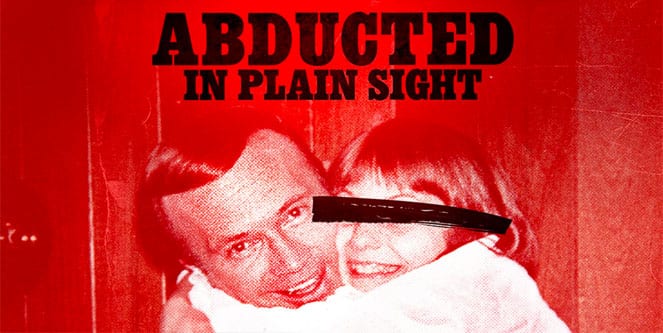 If you haven’t seen Netflix’s Abducted in Plain Sight yet, you should really be tuning in for one of the streaming service’s most chilling entries ever.

Following the tragic story of Jan Broberg, Abducted in Plain Sight explains how she was kidnapped TWICE by the same man during her childhood. The documentary hones in on the unhinged nature of Robert ‘B’ Berchtold and how Jan was brainwashed into thinking she was part of an alien conspiracy.

B kidnapped Jan in the 70s when she was 12 and then again when she was 14. During her ordeal, Jan was molested by B and even taken to Mexico where he legally married her — the age of consent was 12 in Mexico back then.

There was also the villainous Gail Berchtold who tried to blackmail Jan’s parents into signing an affidavit that they allowed B to take her away. Gail was B’s wife and said that if Bob and Mary Ann Broberg didn’t comply, she’d tell the police they’d had sexual relations with their daughter.

Basically, Abducted in Plain Sight raised plenty of questions and a few eyebrows. When some viewers questioned why B married Jan in Mexico, one Reddit user posted their own theory online. Redditor super_common thinks B picked Mexico because of his Mormon beliefs.

The post reads, “One thing that confused me was how in the world Jan or her parents could take a marriage to B seriously, knowing that a) he’s already married and b) marriage means sex.” They point out the Mormon beliefs on polygamy — even if the church has tried to move away from this in recent times — and how Mormons have a completely different view on marriage than what the US law states.

The theory points out how Joseph Smith was the founder of the Latter Day Saint Church and was also known for his polyamorous life. “I’m starting to get a glimmer of how being married in Mexico might have been persuasive to Jan’s family, B’s wife, and the LDS community,” it reads.”I mean, it wasn’t persuasive, but it’s not so far-fetched to me now that B thought it would give him a bargaining chip.

While there was a happy-ish ending, super_common’s theory imagines a dark alternative for the documentary.

“I wouldn’t have been surprised if B succeeded in his quest to marry Jan in the US, then convinced a bunch of Mormons that the aliens had told him he had to have children with a bunch of 12 year olds. Then off they would all go to Mexico to procure 12 year olds for B. He really does seem like the perfect cult leader.”

In a twist of fate, Berchtold was given a lifetime restraining order against the Broberg family and passed away in 2005.