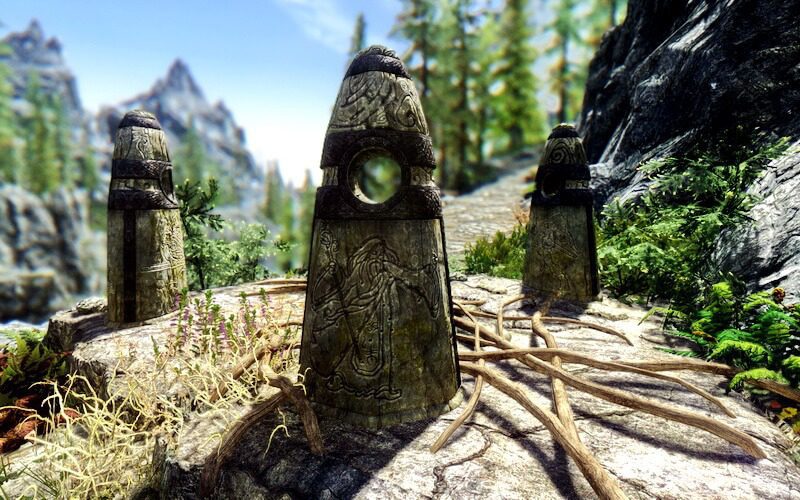 It is in the nature of human beings to be fascinated by conspiracy theories, secrets and all kinds of hidden theories. And since video games are such a powerful medium, mysteries are also an important part of their heritage.

While some of them have been already solved after years of fan research and theories, others are still standing and offer some food for thought to a lot of gamers. Because we are curious beings and we like to share our inquisitiveness with you, we made a list with the 8 biggest unsolved mysteries found in the gaming world.

There aren’t any direct references to who Gaster might be, but players have found what they think to be hints at his existence. By data mining the game code and compiling dialogue from a handful of gray NPCs, some gamers believe Gaster was a skeleton scientist who conducted experiments regarding space and time.

He seemed to have been spread all around the universe after falling in one of his inventions so he actually is everywhere and nowhere at the same time. Curious enough if you try to name your character Gaster when you start the game, it just boots you back to the intro video, forcing you to start over.

A very peculiar mural can be found inside the lift station of Mount Chiliad. Since it was first discovered, many interpretations started to emerge and one of the most common speculations is that the lines depicted could actually be tunnels that run inside the mountain and lead to rewards.

Some gamers interpreted the mural as a metaphorical path of in-game key decisions or events that could finally lead to a unique experience, while others thought about receiving a jet pack or a pilotable UFO as a reward if they solved the mystery. However the truth has never been uncovered and we are left with plenty of theories to choose from.

If you zoom in on Daisy’s trophy from Super Smash Bros. Melee you’ll be surprised to see that she has a third eye hidden on the back of her head underneath the hair. What is truly intriguing is the fact that this extra eye doesn’t look at all like the other two she has and even though this detail has proven to be just a bug, the fact that they are so different in shape still continues to remain an unsolved mystery.

When it was first revealed that Daisy has this special trait, many gamers thought it was just a myth, but it soon transformed into a mysterious unintended feature.

In the bedroom of Mad Monster Mansion there is a locked chest that cannot be opened by any means. Even though there are indications that this chest could be indeed hiding some sort of reward or interesting item, whatever kind of key you’ll be trying will prove to be a futile endeavor.

Now the true question is if it was ever meant to be opened or if it was just put there intentionally to tantalize the players. Similar to this encounter, there are a couple of other doors towards the end of the game that will also never open, no matter how hard you try. It seems that Banjo Kazooie has a thing for unlockable mysteries.

A certain pillar decorated with intricate designs can be found in the Creepy Castle museum room from Donkey Kong 64. Even though it doesn’t do anything special, this architectural item drove gamers crazy ever since it was first discovered in the game.

The fact that it doesn’t seem to have any purpose paved the way to a lot of speculation and the mystery has perpetuated until today when gamers still ask themselves what could that pillar be designed for. Maybe it was meant to be part of a new level that the developers never managed to finish or maybe it should have been a clue to unlock a secret.

The optimistic tone of Super Mario turns a little bit bitterer with this unsolved mystery that quite frankly sends some shivers down your spine. When you shift the camera to the free camera view and look around you’ll be able to spot some creepy figures looming on the edge of a rock wall.

They seem to follow Mario wherever he goes and be part of the décor. What is even more enigmatic is the fact that there is no other mention of them throughout the entire game so we don’t have a clue who or what these fiends really are. All we know is that they are referred to as the “hell valley sky trees”, which is spine-chilling in and of itself.

The Bug in a Jar Conspiracy – Skyrim

After completing enough quests and travelling around the Skyrim world you’ll end up collecting about five jars with different bugs inside of them: a moth, a bee, a butterfly, a dragonfly, and a Torchbug. On the lid of each of the jars you can see some runic symbols carved in and people have tried to decipher them for years now.

There are multiple theories as to what they could mean and one of the most interesting is that the runes are in fact instructions to summon a powerful creature. None of the said theories have been proved to be true yet, but they surely are a starting point towards solving the Five Jars full of Bugs mystery.

The Alien that appears in the game is actually a Drone, but at some point you will find some eggs on the ship and those can only be hatched by a Queen. But, where could she be hiding? This is a question that has bugged many players and Alien franchise aficionados since they first observed this conundrum.

One possible explanation would be that this is a mere plot hole and the writers placed the eggs but forgot to offer a viable context as to who laid them there. However, gamers are highly susceptive when it comes to mysteries and this is why the Missing Queen situation cannot be so easily dismissed as a simple plot hole.