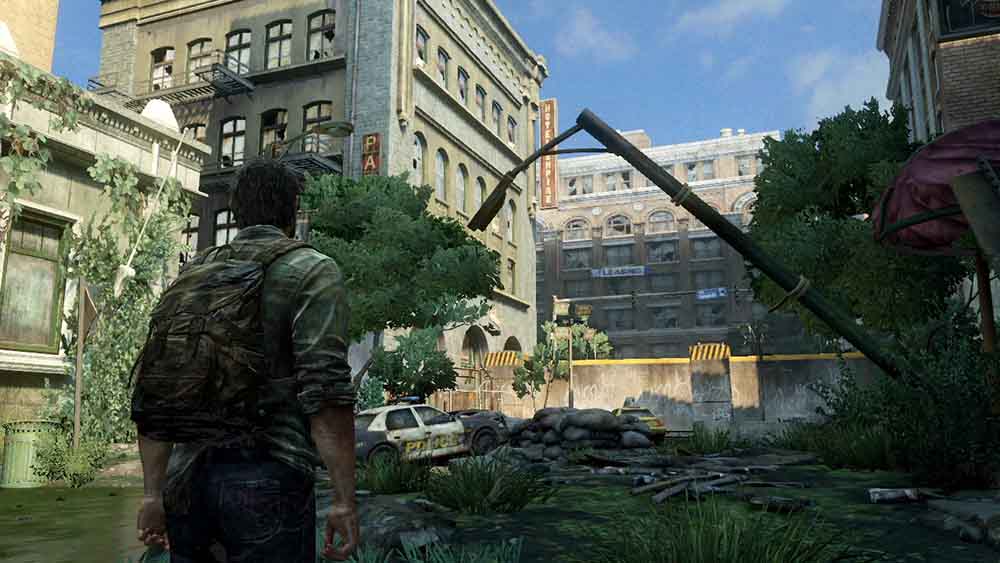 Life’s too short to be playing boring video games and that’s why you should make sure you’ve tried some of the most original, innovative, and life changing titles on the market. There are several franchises that created such powerful works they can be considered essential in a gamers’ life. These games spread across various genres, they can be first-person shooters, platformers, MMORPGs or action-adventures and they can be played on a variety of systems starting with a personal computer and ending with a handheld console. Nowadays gaming has become so easily accessible that you can play a game virtually anywhere as long as you have even the simplest phone model. To celebrate those special games that need to be played by everyone who considers themselves a gamer, we are going to talk about 20 of the best titles that definitely have to be on your bucket list. 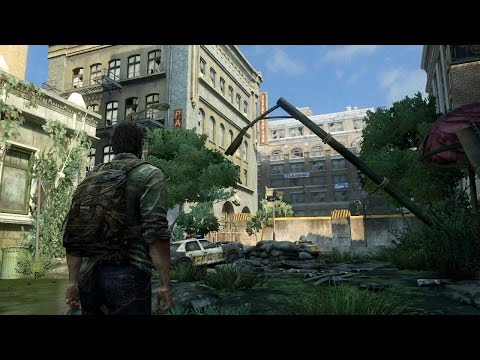 Minecraft is a game that offers a variety of gaming modes so it should be appealing to any type of gamer. From exploring to building to co-op adventure maps with your friends, you can play it on a wide array of platforms, even on a smartphone or tablet. It is one of the bestselling games of all times and managed to gain quite a numerous community that always finds enjoyment in its gameplay, endless building possibilities and easy to master controls. Once you get your hands on Minecraft you won’t be able to stop playing it for a while.

We didn’t want to mention any specific Pokémon title because they all offer enough variety to be enjoyed separately. In addition to this, the new hit Pokémon Go is probably the title that immediately comes to mind when thinking about this franchise. The quest for pocket monsters has been a beloved way of spending time since the first Red and Blue editions appeared on the Game Boy in 1996. Pokémon is the most easily recognizable franchise and it offers some really valuable gaming titles.

Surely everyone knows who Mario is, since the first Super Mario game appeared back in 1985 and until the latest 2016 Super Mario Run a myriad of other installments emerged on the market. Joined by his brother Luigi, the beloved Nintendo character is, in many cases, the first contact with the gaming world that today’s hardcore gamers had in their youth. The joy of jumping from tile to tile, collecting stars for power ups and fighting Bowser is definitely an unmatched feeling everyone should experience at least once in their lifetime.

Final Fantasy VII
Final Fantasy VII is known for boosting the sales for the PlayStation consoles and popularizing Japanese role-playing games outside the country. It is constantly seen as a beacon of the series, being considered one of the best gaming titles in the world. In 2016 it was released for the PlayStation 4 and got a boost to its already qualitative graphics, so if you haven’t played it yet it’s a good occasion to do so, especially because it’s in high definition now.

For those of you who like to solve mind bending puzzles and play with an absolutely awesome gun that creates pathways into walls and floors, then Portal is the perfect choice. What started as a small game packed in the Orange Box transformed into one of the most popular and beloved puzzle-platforms ever created. With a unique and recognizable robot character endowed with witty humor and delightfully amusing dark jokes, Portal surely won the hearts of many gamers.

Grand Theft Auto V is an open world action-adventure video game that takes place in the fictional city of Los Santos. It can be played both from a first-person and a third-person perspective and the player can use vehicles such as cars, boats or airplanes to travel across the map. After its release, GTA V broke industry sales records and became the fastest-selling entertainment product in history, earning $800 million in its first day.

Mortal Kombat X
The most graphically explicit of the entire series, Mortal Kombat X offers detailed fighting moves with outrageous fatalities. Even though some of the older titles are just as good as this one, we chose to include the 2015 installment due to its realistic gore graphics, the story it tells, the characters and the overall gameplay. For the nostalgic fans of the franchise, Mortal Kombat X is a very well designed and implemented continuation of the iconic series.

Call of Duty 4: Modern Warfare
Not all the games from the Call of Duty franchise are masterpieces but the fourth installment named Modern Warfare surely is a title worth playing. It is the first game of the series to have a Mature rating and it is often praised for the gameplay it offers as well as its immersive storyline. In 2016 a remastered version was released and it brought improved graphics, a better sound design and an overall enhanced gameplay, features that made the new version feel more like a remake.

Metal Gear Solid V: The Phantom Pain
The open world action adventure stealth video game that makes any player feel like a real mercenary, Metal Gear Solid V: The Phantom Pain was released with a blaze of glory. Its varied mechanics and interconnected systems allow the player to approach the story in the most flexible of ways, offering a feeling of definite immersion into the plotline. The Phantom Pain is one of those games that looks absolutely amazing, has a solid story and offers hours of adrenaline infused entertainment.

StarCraft II
Even if you might not be the most devoted fan of real-time strategies, you need to at least start a StarCraft II campaign and see why this game is such an esteemed eSport. The Terran, the Zerg and The Protoss have inspired many pop culture references and memes. Many of the characters are well known even to gamers who are not so savvy when it comes to the StarCraft universe. For the cultural impact it had upon the gaming world and for its refined gameplay, Stagecraft II surely deserves to be a part of your bucket list.

Resident Evil 4
Resident Evil 4 is usually associated with a crucial moment in the franchise when the focus switched from the more traditional survival horror to a more marketable action-adventure, the outcome being a well-balanced game that incorporates elements from both genres. The storyline became a little bit more independent only with some miscellaneous connections to the main universe. Because it has such a strong personality, Resident Evil 4 is definitely a worthwhile title.

Mass Effect
The Mass Effect trilogy is better enjoyed sequentially as the story of Commander Shepard makes more sense if played in order. This science fiction action role-playing third-person shooter series is often appreciated for its narrative, voice acting, character development and non-linear gameplay. A game that lets the player make his own decisions and thus directly affecting the development of the story is one of the best experiences one could have.

Uncharted 4
All of the Uncharted titles deserve to be played since the story continues throughout all of the games but if we were to choose only one of them it would surely be Uncharted 4. With improved gameplay mechanics, an emotional narrative and impressive visual design, the fourth installment of the series is a complete title that offers the best experience. It was such a big commercial hit that it managed to become the bestselling PlayStation 4 game of all times.

Fallout 3
One of the most appreciated game of the series, Fallout 3 is an action role-playing open world title that offers a flexible character-leveling system. It features realistic sceneries, complex dialogues and a minimalist but immersive sound design. The desolate post-apocalyptic world that presents a ruined Washington DC where the player has to fight the Enclave is constructed with such a great attention to detail that it becomes a great reflection of reality when playing Fallout 3.

Halo
The Halo franchise is comprised of a number of thirteen gaming titles, including the original trilogy created by Bungie. The games in the series have been praised as being some of the best first-person shooters on the console market and they are referred to as Xbox’s “killer apps”. In total they sold over 65 million copies worldwide and they cashed in about $3.4 billion. Since becoming a huge cultural phenomenon the Halo series also has a special name for their fans: the “Halo Nation”.

The Last of Us
The Last of Us is an action-adventure survival horror game that has been universally acclaimed for its subtext, characterization, exploration of the human condition and depiction of female characters. The emotional story and the connection that develops between Ellie and Joel, the character that the player controls, transformed The Last of Us into one of the most significant titles of the seventh generation of video games.

Half-Life 2
The sequel to the 1998 original Half-Life title is one of the most popular video games in the world and has been constantly admired for the advanced physics it uses, the quality of the animation and the well-shaped narrative. In Half-Life 2 Gordon Freeman is once again on the quest to save humanity using his iconic crowbar and gravity gun. It received 39 Game of the Year awards and even the Guinness World Record committee awarded it for being the “Highest Rated Shooter by PC Gamer Magazine”.

World of Warcraft
Because it is the king of all massively multiplayer online role-playing games, World of Warcraft is the ultimate experience every gamer should have. It was revealed on Blizzard’s tenth anniversary in 2004 and since then several expansion packs have been released on the market. It is the world’s most subscribed MMORPG, the peak being reached in 2012 with a subscriber pool of 12 million members. World of Warcraft definitely revolutionized the world of online multiplayer gaming.

Doom
Doom is a 1993 science fiction horror-themed first-person shooter and it is considered one of the most noteworthy and powerful titles in video game history. It helped pioneer the now-ubiquitous first-person shooter genre and it was the first to popularize immersive 3D graphics, networked multiplayer gaming and support for customized additions and modifications via packaged files. For the players that prefer more actualized graphics, Doom released a new edition in 2016 and it is as good as the initial release.