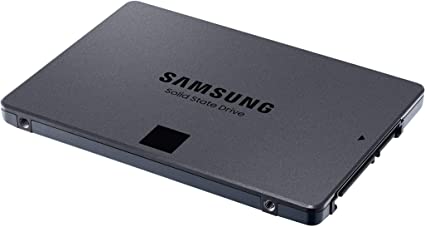 What does SSD stand for? When it comes to conversations about your computer, you might hear a bunch of different acronyms thrown about.

This can be really confusing, especially when you aren’t so tech-savvy, yet, so you may be trying to learn what does SSD stand for. It’s actually a really simplistic answer, and we can help you learn everything you need to know about your SSD.

What Does SSD Stand For?

SSD stands for Solid-State Drive, which is a type of storage device used in computers and technology. This name comes from the fact that they use solid-state devices. SSDs hold data – they are essentially a drive that can store things, depending on how big your SSD is and how much memory it happens to hold, of course.

SSDs are useful as they do reduce access time, so you do not have to wait for platter rotation to start upon them, in comparison to HDD, which they have started to replace in computers. They allow for a computer’s operating system to boot up quicker, files to save faster and programs to load quicker, which is all really convenient.

How To Reset AirPods

The Rise Of SSD

An SSD has become a more popular choice in hardware not just because it is a quicker bit of tech, but also because it is less likely to break. HDDs read and write data magnetically, which can lead to various breakdowns.

Traditional hard drives often have a spinning disk with a read/write head on a mechanical arm, which can often have faults over time as well. An SSD has no moving parts to break and does not work on magnetic properties, which means that they are less likely to have these faults. Instead, an SSD uses a flash controller and NAND flash memory chips to perform any actions needed by the operator.

SSDs are used anywhere that hard drives can be used; computers, laptops, cameras, music players, tablets, thumb drives. They are also a part of some graphics cards but are more expensive than traditional HDDs, which is something worth considering when trying to decide if you want to use an SSD.