Ubisoft will be providing a weekly video series that shows off the development process for Rainbow Six Siege. You’ll get an in-depth look at what went into the creation of the video game and some of the features that will be coming with Rainbow Six Siege.

Behind the Wall is a weekly content series that will live here on the Rainbow Six blog. It was time that we brought you into the development process by sharing some materials we’ve been working on through weekly blog posts. Each week we’ll be exploring in depth some of the main design, tech and creative decisions made over the course of the development. Behind the Wall will feature exclusive content & materials ranging from game design docs, prototype videos, concept art as well as interviews with members of the dev team. Following each weekly topic, we’ll host an ongoing discussion on the subreddit before moving on.

For this first video within the Behind The Wall series, you will learn about two key features for Rainbow Six Siege. The first being why the development team decided to keep players with just one life with now respawn points.

Additionally, one of the game modes and elements you witnessed during this year’s E3 event will be discussed in the first video. This is the hostage rescue mode where Ubisoft believes this new mode will change the dynamic from standard team matches.

Rainbow Six Siege is slated for a release in 2015 for the PlayStation 4, Xbox One and PC. 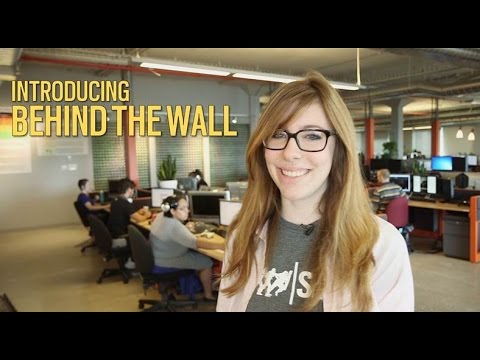