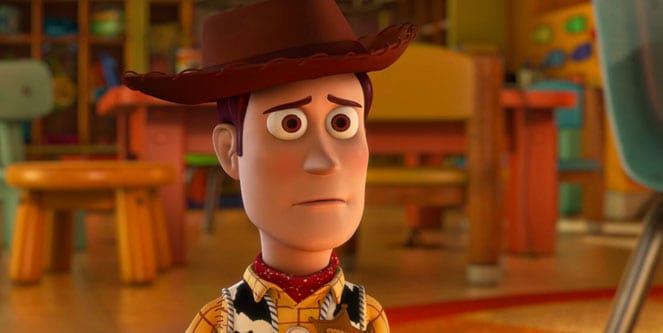 In doing so, Hanks has closed a chapter on one of the most recognised and loved fictional characters of all time and we’re feeling very emotional about the whole thing.

The 62-year-old actor took to social media Wednesday to share a photo of the recording taking place.

The Oscar-winning actor wrote: “Final line, final session as Woody of Toy Story 4. We rode like the wind, to infinity and beyond. Hanx”.

Final line, final session as Woody of Toy Story 4. We rode like the wind, to infinity and beyond. Hanx

Hanks first appeared as the character way back in 1995, the first three instalments alone have grossed more than $1.9 billion worldwide.

The new film is set for release June 21 and will follow the gang taking a road trip with a bizarre new character, Forky.

There’s been no official comment that the fourth film will be the final in the franchise, though it’s generally thought that this will be the curtain call.

“When I went in for my last day of recording, I wanted to have my back to them, because usually you’re facing them so you can look right up and you can talk about it,” Hanks told BBC.

“But I didn’t want to see them and I wanted to pretend they couldn’t see me. When I realized what they were going for, I realized, ‘Oh, this is a moment in history.’”