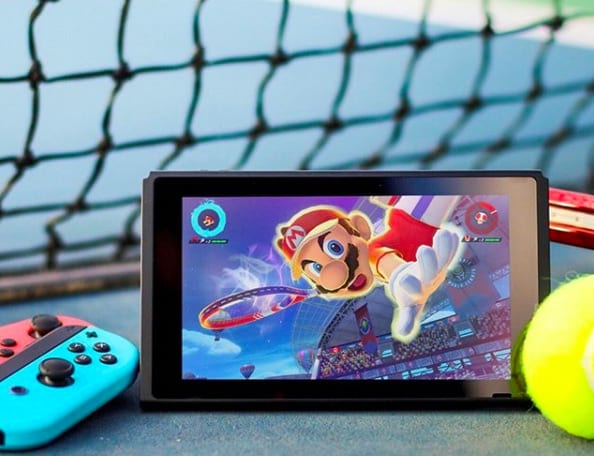 Although the Nintendo Switch only released pretty recently, back in March 2017, it seems the incredibly successful console is already getting a successor.

Japanese publication Nikkei is reporting that a new Switch will be released at some point this year, and it’s not the first time we’ve heard this rumour.

According to Nikkei, Nintendo is considering to release a smaller Switch modelhttps://t.co/0IObpNcRgf pic.twitter.com/yBKOAGn0kV

The 3DS is slowly dying, so there has to be something between it and the Switch, and a smaller, cheaper Switch model would absolutely help in that case

Combined with a new mainline Pokémon game.. yeah, seems smart to have a “Switch Light” out asap

Last year The Wall Street Journal reported that a newer version of the Switch is coming in 2019, with claims that it will “likely share many features with the current version and be compatible with existing Switch game software.”

It seems Nintendo is really keen to keep the Switch cash-cow moving, and considering just how successful the console has been it’s not really any surprise…

At the time of publication The Wall Street Journal also wrote that Nintendo “is still debating what new hardware and software features to include in the upgrade,” leaving a lot to be speculated.

Upgrade options could include a better screen, with potential plans to “make it brighter, thinner and more energy-efficient” similar to the screen on your smartphone.

There are some concerns about the newer Switch, with fans hoping Nintendo isn’t planning to release specific games or hardware that would only be compatible with the newer console. Let’s face it, it’s not like that would be out of the realms of possibility…New Nintendo 3DS, anyone?

Releasing amped-up versions of a console so close to its original release is a difficult topic for lots of gamers, with the PlayStation 4 Pro and Xbox One S causing a lot of controversy amongst day one fans who’d bought the original consoles only to have them outdated in a matter of months…

What do you think about a new Switch?