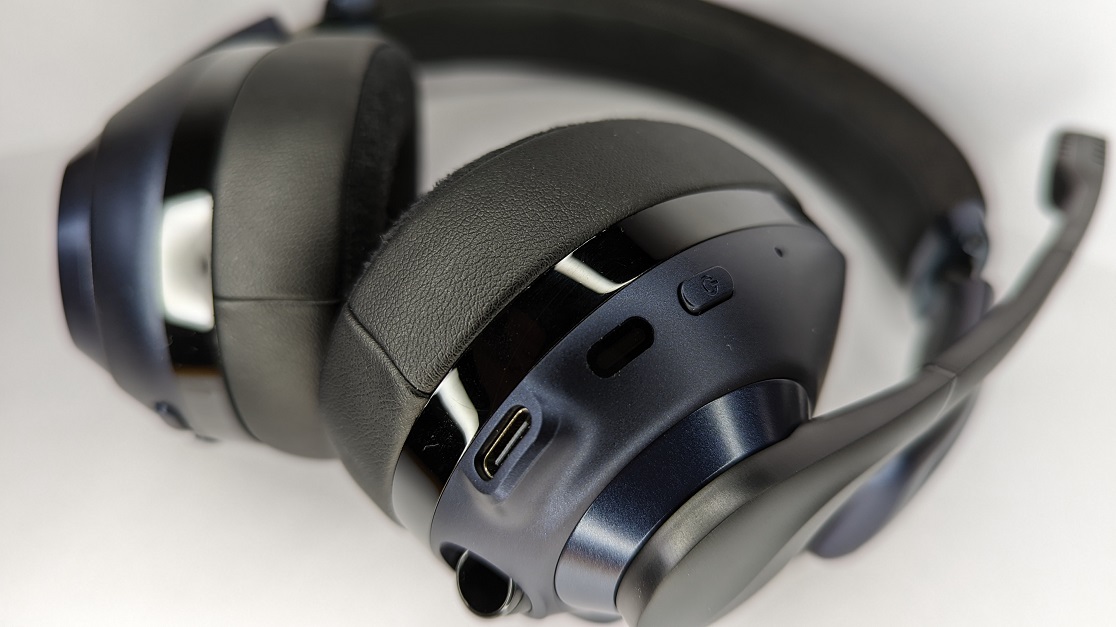 For those who can spend upwards of £200/$200/200€ on a decent gaming headset, EPOS headsets offer some of the best build quality and features on the market. EPOS H3PRO is no exception to this rule, providing unrivalled connectivity and solid features to match every type of gamer.

Building on the EPOS H series, H3PRO is a wired and wireless solution to everything gaming. Looking for a cheaper wired headset alternative? Check out our thoughts on EPOS H6PRO.

Why are we singing H3PRO praises so much? Let’s kick things off with some cold, hard specifications:

The compatible devices listed are straight from EPOS, but this headset can connect to anything with Bluetooth or 3.5mm jack connectivity. It is an all in one solution for users, which means shrinking down how many headsets and earbuds users will need in the first place.

The feature set for EPOS H3PRO Hybrid Gaming Headset is solid and adaptable. For example, the detachable microphone boom is also backed up with a built-in headset mic. Users looking to use the headset for commuting during the day and solid gaming at night don’t have to worry about looking like a late 80s business person outdoors to get the most out of this headset.

We’ve tried out several EPOS headsets between the GameByte team over the years, and one feature that never lets us down is the build quality. H3PRO is no exception, feeling robust and sturdy on the headband whilst providing some great comfort with the anti-sweat layer on the inside.

The cans are made of hardened plastic with a metallic dark-blue finish. It’s a subtle hue at that, making sure to stay on the side of class whilst dancing on the line of good and bad looking metallic finishes. We’re looking at you, early 2000s tech.

The attention is in the detail with this headset, with the adjustable head strap bars having numerical measurements engraved to make sure one’s headset is nice and balanced.

The microphone boom isn’t going anywhere either; it turns off and on when moving it upright or down. well, unless you want it to. For those who have an external microphone setup, H3PROs mic boom is magnetically attached to the headset. Just unclip it and replace the gap with an included circular cap for a traditional headphone set-up. It’s a little feature, but H3PRO is full of them, which all add up to a sound experience. See what we did there?

How Does It Sound? – EPOS H3PRO Hybrid Gaming Headset

Out of the box, users will find a full and rich sound hidden in those cosey looking cans. Thanks to H3PROs dynamic 40mm drivers, users can expect the sound that doesn’t peak at higher volumes yet provides consistent quality and range throughout.

Passive high-frequency noise cancellation is also included, helping users isolate themselves and focus on their relaxation activities. The headset has an ANC (Active Noise Cancellation) slider on the right to turn this off and on too. With this being a gaming headset, players will be able to hear a pin drop in a gunfight. We’re exaggerating just a tad there, but the sound quality is that good.

On the left side, users will find a volume wheel. Unlike older EPOS headset models, this has gone from a large dial to a simple disc with protruding accents to turn the volume up and down. It feels natural, and it brings the overall form factor of the headset into line.

For surround sound enthusiasts, running H3PRO alongside the EPOS Gaming Suite for PC will enable 7.1 Surround Sound alongside other audio customisation such as the built-in equaliser and pre-set profile, including:

Overall, we found that the flat setting sounded just fine, with the 7.1 surround sound adding too much echo for our liking. That’s not to say the features weren’t good, but they’re certainly not for everyone.

Users will certainly get what they pay for with EPOS H3PRO Hybrid Gaming Headset. It is compatible with every device users will use day-to-day, including all current-gen consoles and PC alongside mobile. Anything with a Bluetooth supported USB or 3.5mm jack will work with this headset.

In a market positioning headsets at specific consoles or tech, it’s nice to see a premium headset positioning itself as an all-in-one solution with high-end features such as ANC 7.12 Surround Sound with quality drivers that have strong lows and crisp highs at all volumes.