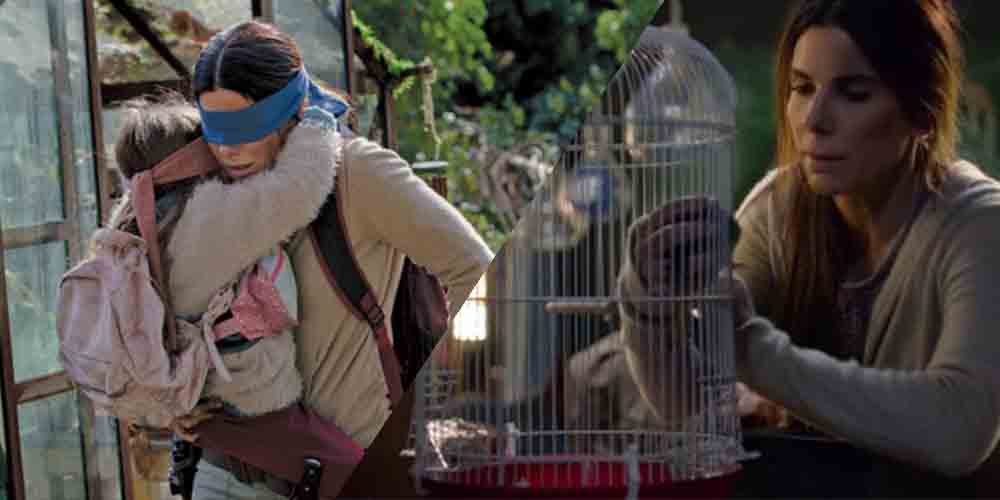 While Netflix’s Bird Box is a record-breaking behemoth for the streaming giant, Susanne Bier’s harrowing horror is in trouble for using stock footage of a Canadian rail disaster.

Bier’s movie focussed on Sandra Bullock as Malorie, a pregnant woman thrust into a devastating apocalypse where people turn to suicide after seeing their greatest fears. Bird Box was already pretty grim, but the inclusion of a real-life tragedy has cast an even darker shadow over the movie.

On July 6, 2013, an unattended 74-car freight train carrying oil derailed in Quebec and killed over 40 people. The explosions and fires destroyed homes in the local area, with the Canadian government declaring Lac-Mégantic as a national disaster.

This is the second time the Lac-Mégantic disaster has been found on Netflix in as many weeks. Sci-fi drama Travelers has also been condemned for using footage of the downtown fire in its third season.

Speaking to the BBC, stock footage company Pond 5 said it regretted the incident and that the clips were “taken out of context and used in entertainment programming”. Pond 5 apologised “to anyone who was offended, especially the victims and their families”.

Netflix is being condemned after the streaming service says it won’t remove the Lac-Megantic disaster from Bird Box. Lac-Mégantic Mayor Julie Morin told Canada’s National Press that she is outraged by Netflix’s lack of respect.

She said, “It’s hard enough for our citizens to see these images when they are used normally and respectfully on the news. Just imagine, to have them used as fiction, as if they were invented.”

Morin continued, “I don’t know if this is happening all the time, but we are looking for assurances from Netflix that… they are going to remove [the footage]. You can be sure we are going to follow up on this, and our citizens are on our side.”

With Bird Box breaking Netflix records and being streamed by over 45 million accounts, it means the Lac-Mégantic footage has been unwillingly seen around the world. Expect Morin and her supporters to fight Netflix on this one.

The Halo Infinite Collectors Edition Looks Great, If You Can Find One