Metal Gear Solid creator Hideo Kojima confirmed that the new Fox Engine will be shown on August 30 and is “nearly finished”.

He told US PS Blog –  “The Fox Engine is nearly finished, but the only way to be sure it works is to create a game at the same time and improve the engine with our tools as we go along. Originally we were going to do this for Metal Gear Rising: Revengeance, but a lot happened along the way and instead it is being made with the engine they have at Platinum Games.”
So, what game is being made alongside the Fox Engine? Metal Gear Solid 5? Zone of the Enders 3? Kojima says no more about it, but it might not be long before we find out.

“Production studios in Japan are nearly extinct, a fact that we have recognized for nearly 10 years, and although the Fox Engine is not finished we are ready to show what it can do… on August 30th in Japan to be more specific,” he said.

The Fox engine is developed in-house and will be used in future Konami games including Hideo Kojima’s unannounced next.

Take a look at the in-engine demo showcased during Konami’s E3 presentation this year. 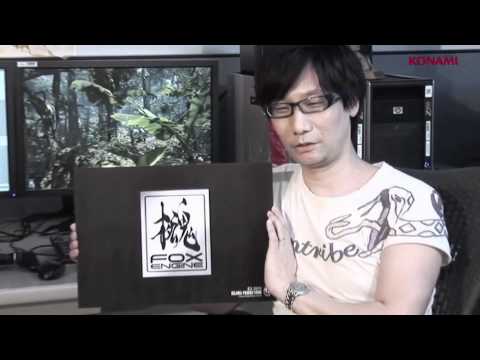